Emily Adair of Psychedelic Scene: What was your inspiration for Forever for a Little While? I know you mention Mark Satie, Akira Kurosawa, living during the pandemic and so forth, but there’s lots of themes on the album. Where did those come from?

Jeff Kelly of Green Pajamas: I’ve always loved conceptual stuff. Forever for a Little While doesn’t have a concept except its composition. The previous album (Sunlight Might Weigh Even More) was a lot more conceptual, in trying to go back to the stuff I was doing in the nineties, when we had more success. That one was conceptual in the sense that I wanted to do something very psychedelic again. We’d done all kinds of stuff, this “Northwest Northern Gothic”. But, with Forever for a Little While, I wanted to go back and revisit the blatantly psychedelic aspect of the genre. I think the concept of this album was, if anything, a mix of influences. There’s a lot of Japanese influence running through it, and I just wanted to make something that’s entertaining. I want to entertain people. One song segues into another, it’s got sound effects. You mentioned Pink Floyd in your review. I don’t think I own a single Pink Floyd album, but I think I heard Dark Side of the Moon on the radio a billion times like anybody else. I guess that kind of stuff sinks into you subconsciously. Everything’s an influence.

Adair: What was the creative process for this album? It’s so sprawling and it has such a fantastical epic quality to it. Who are your biggest artists influences?

Kelly: Right now, as we speak, I’m listening to about three hours of different Japanese bands. It’s cool because they’ll all really young, and it’s exciting because I remember what it’s like to be in my twenties and in a rock band. Being my age, I’m stuck with earlier influences, the Beatles, music coming out of the 1960s and things like that. But everything’s an influence. I mean, if you go back to my earlier work, you’d find Leonard Cohen, his earlier darker albums, the less “disco-y” ones, where he played guitar. When I was a young, a teenager, I listened to David Bowie, Elvis Costello, the new wave stuff, and punk. But those things aren’t easy to hear in the music. By the time grunge came to Seattle, I was too old for it. I just wanted to listen to Leonard Cohen and play “Avalanche”. Classical music is a big influence, too, and literature and movies. I’ve been lazy because I’ve been reading less and watching more films. Influences are everywhere. Take the Rolling Stones…Forever For a Little While was the first time I ever tuned my guitar to Keith’s [Richard] tuning of an open G, and I knew that he did that thirty years ago. I did the tuning on “Touched Her That Way”. Someone else said it sounds like a Rolling Stones song. My wife, who is, if anybody, the 5th or 6th Green Pajama, she said she loved this album but that I should leave off the pop songs, and then I’d have more of a conceptual album. In a way, I think she’s right. It would’ve flowed as a more dreamy album without the jarring pop songs. Going back to the influences question, I’ve made some records with a single theme that I’ve made under my own name and not the Green Pajamas, but [Forever for a Little While] was purposefully going back to that influence of the old Beatles records, such as Revolver. That’s what an album was: a ballad, a rock song, then a weird psychedelic song. 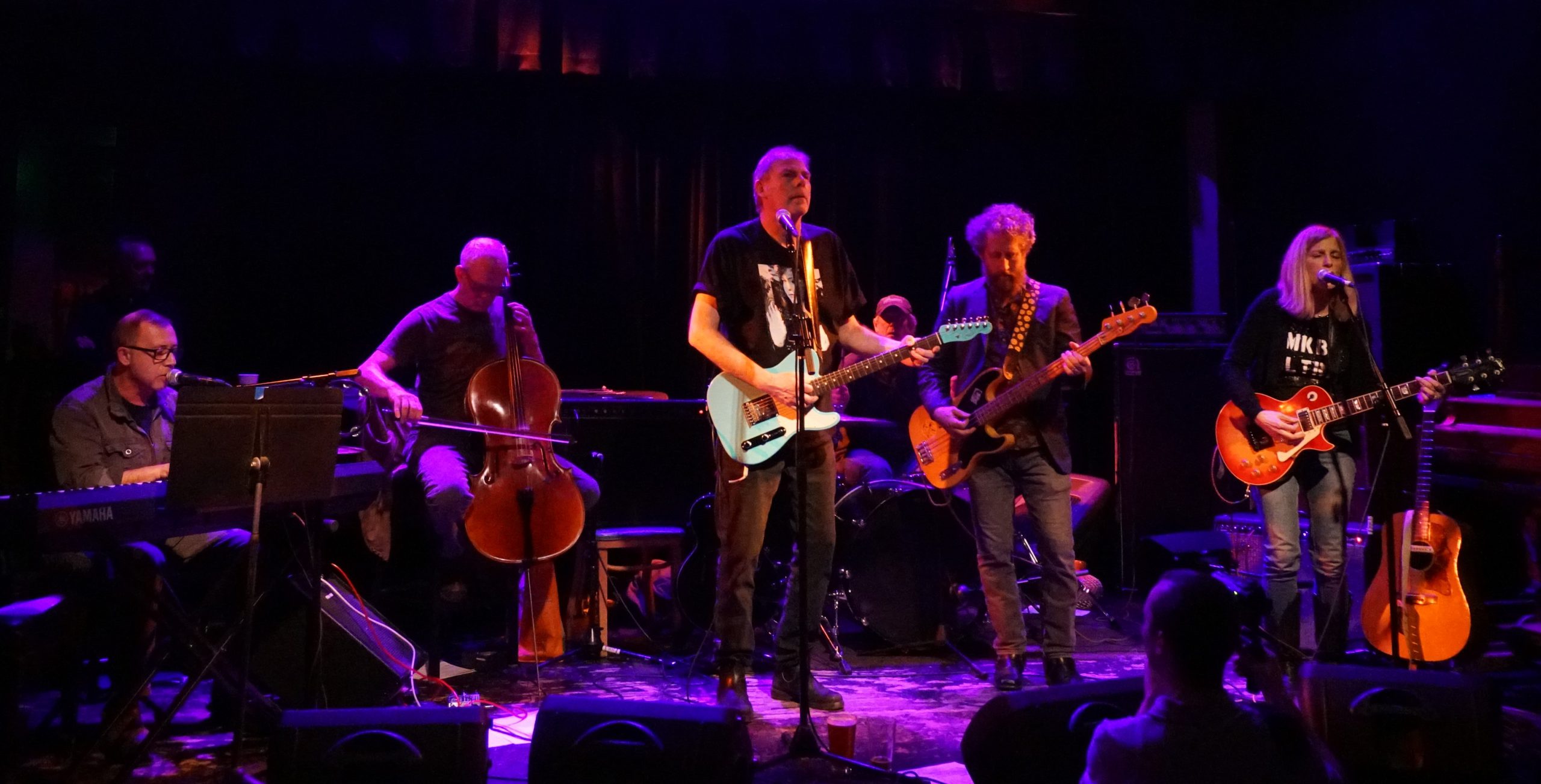 Adair: In everything you read about the Green Pajamas, it seems Seattle is always mentioned. Does this regionality influence your work?

Kelly: When we started, when Joe Ross and I started the group back in 1984, the whole Paisley Underground—the resurgence of psychedelia—was coming back in California. But there wasn’t anything like that going on in Seattle. Even when Seattle got on the map with grunge, I wasn’t, to tell you the truth, very interested in it at all. My wife turned me on to Leonard Cohen; I missed out on the whole grunge scene, Nirvana and Soundgarden and things like that. I’m glad they were all successful, they kind of made a whole new era, but I kinda missed out on that. It wasn’t reactionary but a lack of interest that had us going our way the whole time. I’ve always been more interested in the stuff that other people aren’t listening to. I listen to Spotify and I got my [Spotify Wrapped] saying that I’m the adventurer, looking for the deeper cuts. I got bored with rock, I’ve been in clubs and they’d been showing films of John Coltrane. I decided I’m gonna learn about classical jazz. Like, who is this guy? To me, that was all new, the Blue Note stuff, that 1950s and 1960s jazz was new to me. I’m not interested in anything mainstream.

Adair: Has there even been an urge to move outside that Northwest Region?

Kelly: It would’ve been nice to get more popular and make more money. I was always kind of governed by being less interested in touring and more interested in recording, especially when I got married and we had kids. I had to work a regular job, and touring wasn’t always a realistic option for me. We may have been more successful if I’d had that drive, but I wasn’t really interested in that. I would’ve loved to have gotten more money and been more famous, not been so identified with a certain city. Certainly, I would’ve loved more success, or if my songs were in a commercial for Ford or something. I think everyone wants success, I just didn’t decide to go that route, the rock and roll thing, and go and tour for ten years. I’ve just always made music in my spare time. Going on stage without ever having enough time to rehearse…sometimes it’s great and you come off and you have another beer and all your friends are there, but there were times when you come off and there’s ten people there and eight are drunk. So, the live things, I never really craved that. Some of the members of the live band live for being on stage. Sure, it’s fun on a good night, but it’s not what I live for.

Adair: What’s something on the album you’re particularly proud of? Is there something you really want listeners to pick up on?

Kelly: There are a couple things I particularly like about it. One is the song “The Hidden Fortress”. It was one of those songs that instead of taking days and days, it came really fast. It was done in a day, everything clicked. I was real happy. I’m singling that one out because I was very happy, there was a woman I didn’t know who has a radio show in Rome, and put [the song] on her show. She contacted me and said, “What a beautiful song”. It’s one of my favorites.

I bought a Persian instrument called a Setar, not the Sitar. It’s a little three string thing, I used that one on “The Hidden Fortress”. I like that it gave [the song] a sound, have a more exotic instrument. I like the little touches, the little segues. I like the fact that you, and other people, are saying how it’s “a journey”. It’s something like a soundtrack for a rainy day, it takes you somewhere. I like the Satie piano bit, which in fact, I’m remembering your review, my wife said it was “sampled”. It wasn’t sampled, I did that little bit. What I did was me imitating an old recording. It’s not an exact replica. I always loved that piece. I liked that little segue kind of thing into “Princess Misa”. Also the other thing that was sampled is the fanfare thing at the beginning [of the album], from a North Korean news show. I found it on YouTube accidentally. Of course, the North Korean news show doesn’t know anyone sampled it, but who in North Korea was going to know. That perfect beginning, the little details, I’m proud of that, the backwards guitar, the setar. I think I like the quieter songs, “Kimono Dream” and things like that. As much as a I like the rock stuff, I think the quieter songs are probably my favorite. 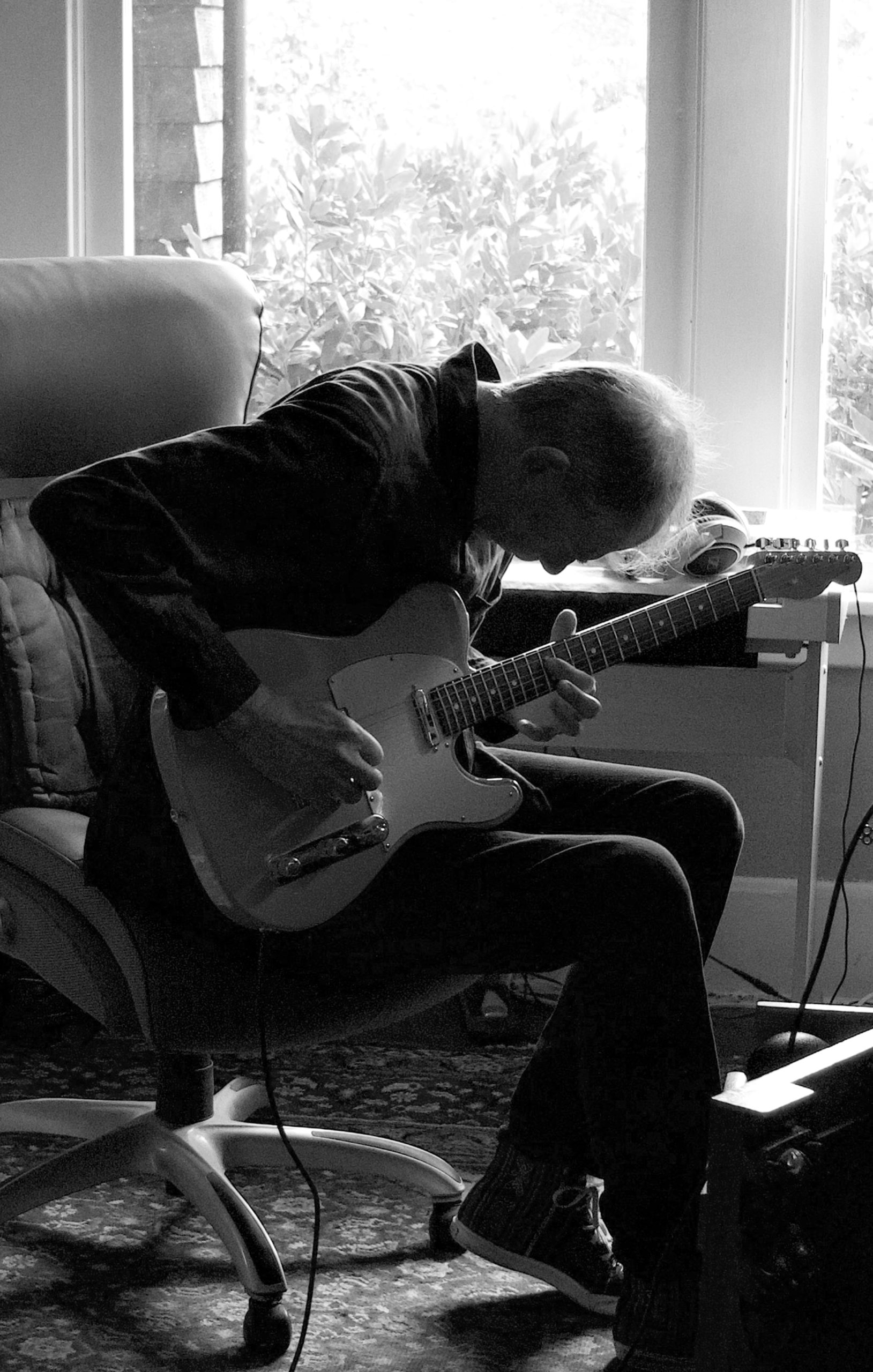 Who is Princess Misa?

Kelly: That song was also inspired by Kurosawa. “The Hidden Fortress” was a movie he made in 1958. I wanted to look up the name of the actress playing a character, Princess Yuki. Her name was Misa Yuhara, and that song is about a daydream sort of. It’s about wandering onto the set of an old Kurosawa movies in the fifties. You can imagine: a guy comes on into this dream world of hills and things, and there’s this actress that plays Princess Yuki, and this guy’s kinda crazy about her. I just pictured this guy, and there’s this princess. I threw in a line about “hired for my eyes”. It was this little thing I remembered reading about. I read that Kurosawa hired her for her eyes. So, it’s just an imaginary, whimsical dream, and she turns this guy away out of the blue. Plus, it makes it interesting; it makes people wonder. With any art, painting or music, that’s the beauty of it, really. One of the reasons I liked your review was because you didn’t know all these things, and people didn’t know all these things. When I was listening to Bowie as a kid, how mysterious those records were! What does he mean? What is he talking about? With all these box sets, nowadays, the mystery starts to be taken away. The mystery of the songs, you know, that’s one thing, but in general it’s almost better not to know. It always lets one imagine. You don’t know what is, so you have your own vision. Oh, and “The Hidden Fortress” is the inspiration for Star Wars. Years later, George Lucas rewrote it.