Juan the Don & Carlos the Con

PrevPreviousInterview: Dylan Sizemore of Frankie and the Witch Fingers
NextPsychedelic Skeletons in the Closet–Herman’s HermitsNext

Juan the Don & Carlos the Con

I read Carlos Castaneda’s The Teachings of Don Juan: A Yaqui Way of Knowledge some thirty years ago and was not particularly impressed.   Given that the book had been collecting dust on a shelf, I decided to re-read the damn thing.  You would think, or at least I would, that anything on hallucinogenic plants would fascinate, but the fascinating truth is how dull it it was.

For those unfamiliar with it, the book purports to be about a guy (author Carlos Castaneda) studying anthropology at UCLA and coincidentally meets an older guy (don Juan) who is rumored to know a lot about Southwestern medicinal plants.  The student implores the other guy (who happens to be indigenous) to teach him the mysterious ways of his Yaqui culture, especially the use of certain plants with hallucinogenic properties.  Reluctantly, don Juan agrees to mentor him.

His “teacher” gives him the standard cryptic answer so typical of mysterious, all-knowing shamans.

The rest of the book involves don Juan toying with Carlos by making him do all kinds of unnecessary activities that have nothing to do with hallucinogenic plants.  For instance, the don requires Castaneda to catch two lizards, sew shut the eyes of one and the mouth of the other, set them free, catch them again in the late afternoon, apologize to the blind one for hurting her and beg her to help him.  Our author complies; nevertheless, don Juan admonishes him for not listening to the lizards. You would think that don Juan would ask “why” occasionally, but he seems to blindly follow every order and never question his mentor’s methods.  Later, don Juan tells Castaneda that he must release the lizards, catch them again, and eat them to gain the power of sorcery. Good lord! This sounds more like a fantasy novel set in Middle-earth than a book with scientific purpose.

At one point, Castaneda is tripping and Juan tells him he’s turning into a crow and flying.  “Then he talked about the crow’s wings and said they would come out of my cheekbones. He said it was hard and painful. He commanded me to unfold them.  He said they had to be extremely long, as long as I could stretch them, otherwise I would not be able to fly.” Later, Castaneda asked if he really did turn into a crow, and his “teacher” gives him the standard cryptic answer so typical of mysterious, all-knowing shamans.

At another point, don Juan orders Castaneda to take off all of his clothes and rub Datura (a hallucinogenic plant) paste all over his body, and do a certain (silly) dance, and again Castaneda complies.  Unsurprisingly, the author is embarrassed.

Throughout, the dialogue is wooden and unnatural.  Don Juan’s speech, in particular, seems to be just a notch more complex than the stereotypical Indian characters in 1950’s Hollywood Westerns. 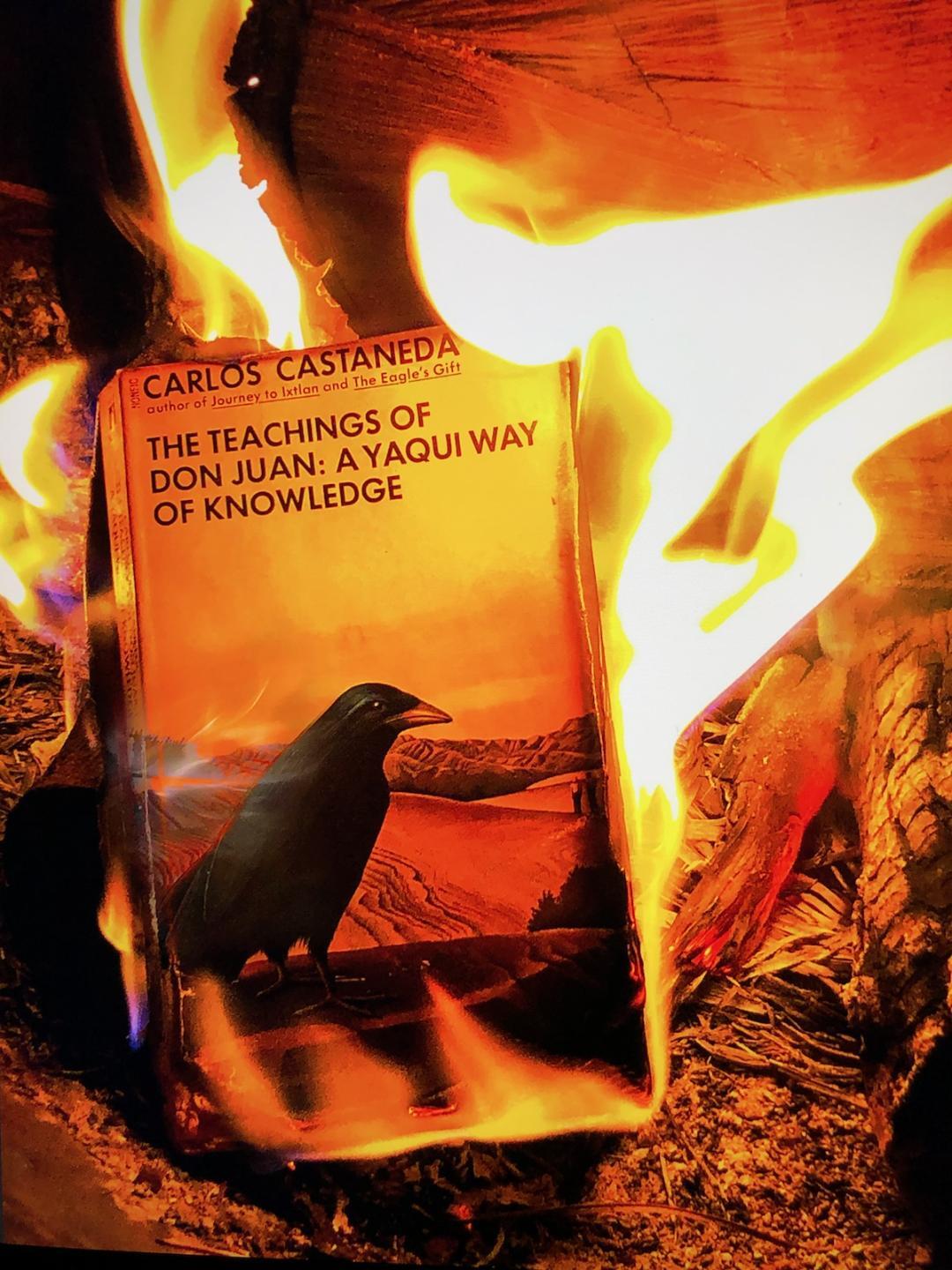 If I am coming across as cavalier, it’s with good reason.  About halfway through the book, I typed into my browser window “Is Castaneda’s don Juan a real person?” and found the scientific consensus is that he was not.  Furthermore, famed ethno-botanist Gordon Wasson, an authority on hallucinogenic plants, revealed that the species of mushrooms Castaneda described don’t grow in that part of Mexico and that the methods of plant preparation Castaneda espoused are not consistent with other shamans of the region.  Additionally, Castaneda does not use Yaqui words for the plants he discusses.  Other experts’ reviews were even more scathing than Wasson’s, and Castaneda is now thought to be something of a con man.

Wow!  No wonder don Juan seemed to me to be so one-dimensional.  He was just Castaneda’s notion of what a Native American shaman would be.

In fairness, Castaneda’s descriptions of his psychedelic experiences do seem real (at least to me), and therein lies the only value within the book.  The Teachings of Don Juan was first published in 1968 when interest in hallucinogenic drugs was sky-high (pun intended).  Therefore, it’s not surprising that it would become popular.  It may have provided a template to the reader as to what to expect when imbibing psychedelic substances. Nonetheless, due to the fallacious nature of its origin, it should probably be downgraded and no longer considered a classic.  As for me, I’m tossing my dog-eared (and dog-chewed) copy into the fire. 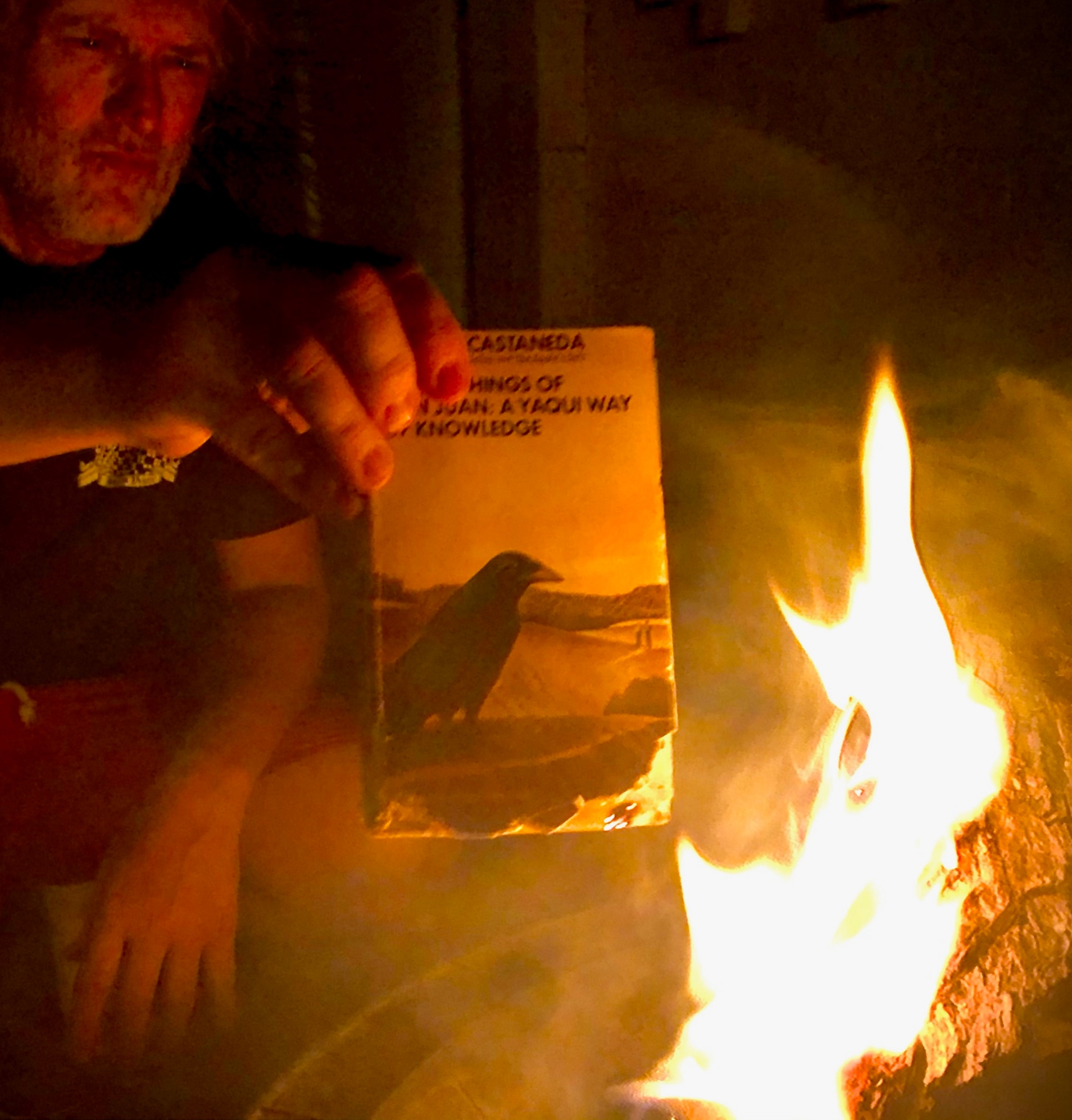 •
November 17, 2022
PrevPreviousInterview: Dylan Sizemore of Frankie and the Witch Fingers
NextPsychedelic Skeletons in the Closet–Herman’s HermitsNext

4 thoughts on “Juan the Don & Carlos the Con”