So Many Days: Triptides ep Review

PrevPreviousThe Tree of Knowledge of Good & Evil
NextNew Interview with The God of Hellfire Arthur Brown!Next

So Many Days: Triptides ep Review

This October, Los Angeles-based psychedelic rock trio Triptides dropped their new studio release in the form of an EP entitled So Many Days while simultaneously embarking on a West Coast tour. Recorded in the band’s cabin in the San Bernardino mountains and mixed with Clay Blair, So Many Days evokes the aura of nearby Laurel Canyon where much of the psychedelic music scene and counterculture emerged during the Summer of Love era.

The leading and title track “So Many Days” starts sunnily with a bright acoustic guitar, joined promptly by the full trio. This jangly tune is perhaps the most memorable song of the EP, due to its harmonious vibe and catchy chorus. Multi-instrumentalist Glenn Brigman’s smooth, carefree voice has a hint of an accent that recalls the British Invasion, emphasized by drummer Brendan Peleo-Lazar’s surf rock fills and cowbell. Stephen Burns adds a warm country lilt on electric guitar, concluding the song with a fuzzy lead.

“Walking Down the Line” is a groovy cover of the Bob Dylan song that was previously recorded by Joan Baez, Ricky Nelson, and Glen Campbell, among others. This twangy rendition is reminiscent of the Traveling Wilburys, with an intro that summons Tom Petty. Brigman’s vocal pleasantly borrows from Wilburys-era George Harrison rather than from Dylan himself. The rhythm section’s surf rock theme continues more prominently, with added tambourine and Peleo-Lazar’s persistent double hits on the snare drum. Session guest Steve Taylor’s pleasing piano joins the instrumentation of electric and 12-string acoustic guitars, bass, and drums.

The third song “Going Home” expresses a longing mood and a bit of millennial melancholy. Its lyrics are thoughtful and poignant, inferring an unresolved relationship. Accentuated by congas, the acoustic arrangement leaves an impression of the band wearily winding down at the end of the night.

A 12-string electric guitar – presumably a Rickenbacker – rings in the fourth and final track “Free Fall.” With an ethereal melody and paisley motif, “Free Fall” stands out as the most experimental departure of this release. The inclusion of notes played backwards using reverse tape effects adds a subtle layer of dreamy psychedelia to the EP’s concluding song.

So Many Days is an enjoyable, amiable addition to the Triptides’ discography, despite its brevity. It provides a momentary portal to the timeless “canyon sound” of the mountains of Southern California. Excepting its crystal-clear recording quality, much of the release sounds like it could have been recorded there in the late 1960’s while managing not to sound passé or dated. The concise songs are generally radio-friendly and enjoyable for a wide audience well beyond the psych music world. Clocking in at only thirteen minutes, the EP leaves the listener eager for more.

Fortunately, the band’s fans shouldn’t have to wait for long, as Triptides plans to release a full length album with the same title So Many Days. Due for release this winter on Curation Records, the forthcoming long play release could provide a more complete representation of the group’s musical penchant for sonic exploration.

So Many Days is available as a 12” EP on Curation Records, and digitally on iTunes and Spotify. 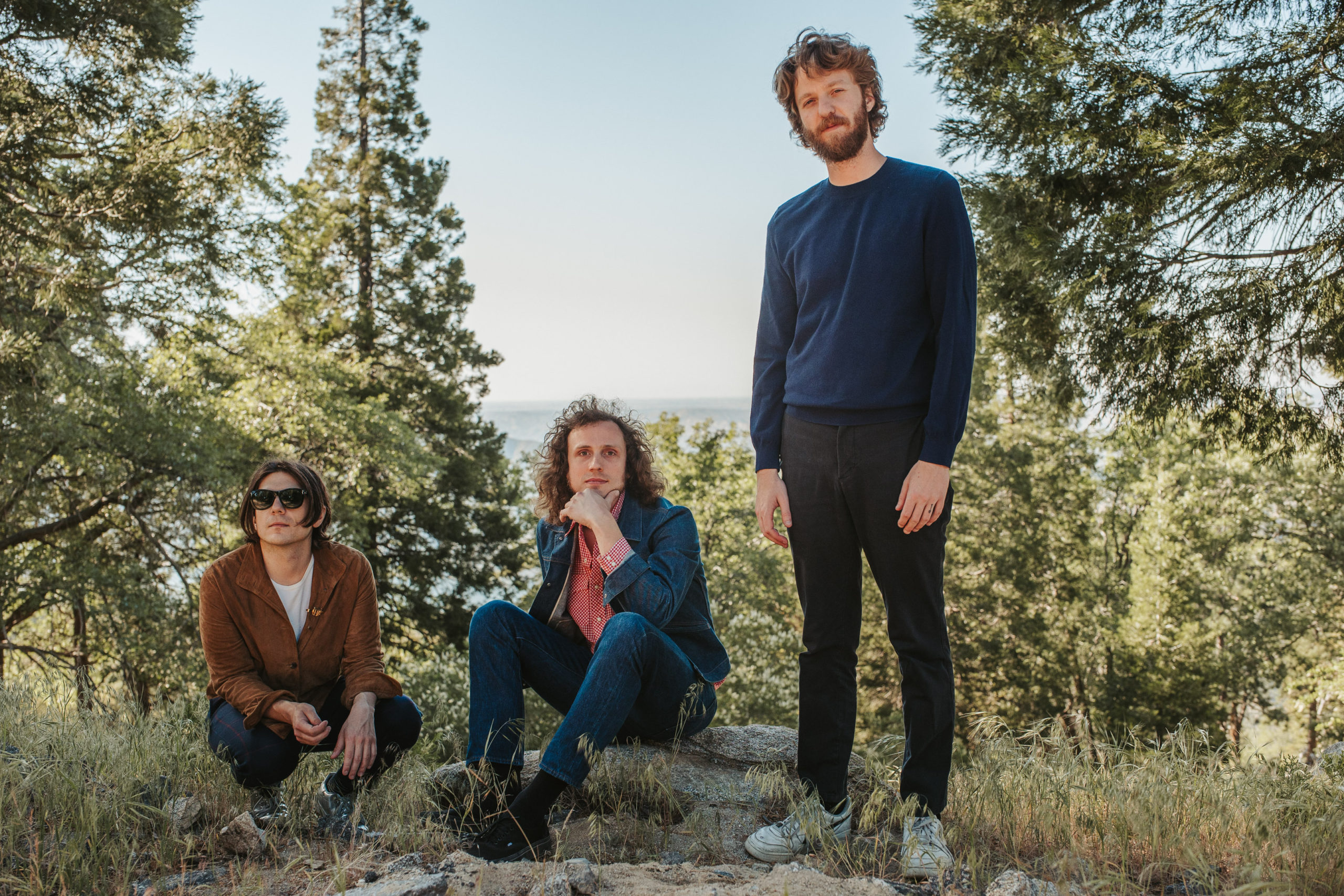 In an interview with Glide Magazine, singer/songwriter/guitarist Glenn Brigman describes the inspiration behind the EP’s title track:

“‘So Many Days’ is an ode to a period where there was nowhere to go and no one to see. A period that coincided with a lot of questions and soul searching. Songs that are created in isolation are inherently understated because they are a message to the outside world. There is a clarity to music from bands like Big Star and Tom Petty and the Heartbreakers that captured the feeling of looking into the future in their time. We’re tapping into that vision.”

TRIPTIDES is a Los Angeles based psychedelic rock group led by multi-instrumentalist Glenn Brigman with drummer Brendan Peleo-Lazar and bassist/guitarist Stephen Burns. It began in the summer of 2010 as a series of sun-drenched home recorded tape machine experiments. The band has since released six full length records and a number of singles and EP’s. Their music dives through realms of sonic clairvoyance complete with melted guitars, swirling farfisa organs and vocals like sunlight through the fog. 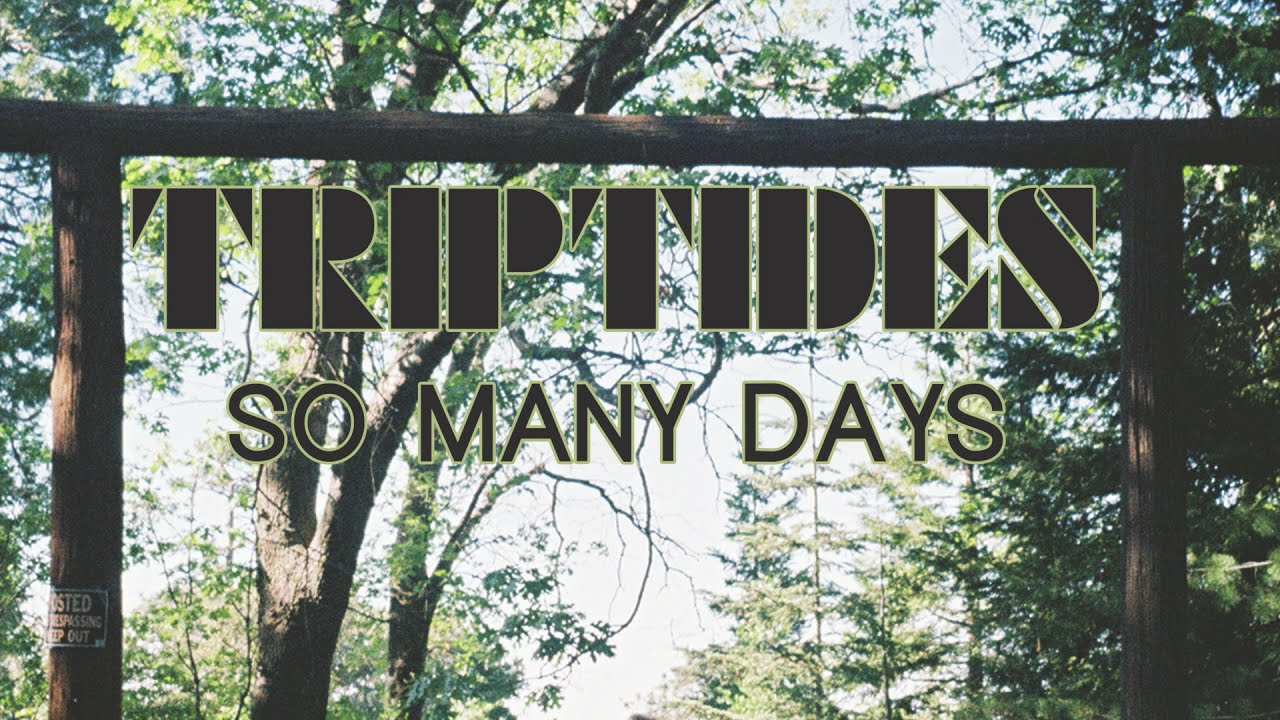