Blood Moon is the ambitious new release by Luna Waves, which consists solely of England-based singer/songwriter/multi-instrumentalist Rob Muir. Blood Moon is a fervent album that spans multiple genres and eras of rock simultaneously, with thoughtful lyrics that are often passionate and poignant. Luna Waves is self-described by Muir as dark, dreamy, ethereal and atmospheric psych rock/dream pop.

The album begins with lush sounds of birds chirping to usher in “Dawn Choral.” Powered by modulated synthesizer, drum machine and a Floydian guitar riff, the instrumental song is repetitive but provides a thematic prologue to the sonic expedition to come.

“Dayglow” is glorious, ethereal, and catchy, making it one of the album’s strongest tracks. The protagonist beseeches his lover to “wake me up early with eyes blurry” in time for the impending sunrise, which is rung in by a triumphant guitar lead.

A fast rocker with a clashing, hooky bridge, “Mind Low” conveys a yearning for the companion who left too soon after sunrise in “Dayglow.” Driven by an angsty drum beat, “Mind Low” is the first of several tracks to feature Muir portraying a full band, evidently on a live drum kit instead of drum machine.

“Sunny Side Down” transports the audience to sunlit southern California. Its vibe is airy and carefree, with more than a hint of late-era Red Hot Chili Peppers. The song’s chorus has a theme of carpe diem, imploring the listener “don’t wait before too long, the day might never come.”

Next up is “Honey Daggers,” dedicated to a vivacious vixen with “daggers in her eyes.” Muir becomes his own garage band on this jarring grunge stomper. The synthetic bridge provides a colorful prog-rock contrast to the rest of the song’s jagged snarl.

“White Lotus” has a funky, moody mysticism to it that makes you want to put on a black leather jacket. Highlighted by a hip bass line and a catchy chorus reminiscent of the Lost Boys soundtrack, “White Lotus” would be appropriate for a movie or television soundtrack.

The synth-soaked “Cosmic Dust” portrays a soul-searching protagonist on a celestial vision quest through the stars. Triumphant guitars and a Tony Banks-style synthesizer lead complete the song’s sublime soundscape.

“Chasing Ruins” brings the listener back down to earth with a driving rhythm. Continuing the lyrical theme of exploration, our adventurer now delves into archaeology, chasing ghosts as well as ruins. It also serves as a metaphor for lost love and the chancy desire to rekindle an ill-fated relationship from the past.

“Dream Inn” starts with harmonious vocals chanting the song’s title in a lofty atmosphere. The verse kicks into what could be described as beach funk, as we venture “down the boardwalk out of season” to the ocean only to find “the water was freezing.” When it reaches the chorus, “Dream Inn” unexpectedly becomes a romantic up-tempo ballad under the moonlight of American skies. The combination results in one of the catchier tracks on Blood Moon – as well as the longest, clocking in at over 5 ½ minutes.

The sunny optimism and joyous theme continues with “Endless Summer.” Accompanied by a percussive polyrhythm and jazzy guitar, the lyrics reminisce fondly about memorable summers from youthful years past.
“Time Capsule” is a psychedelic rocker that is hard to describe. Breezy and jangly, it has a timeless quality to it borne of the 1960s while simultaneously sounding both current and futuristic.
The album’s title track “Blood Moon” has a de-tuned intro that gives way to an alt rock and EDM mashup, with recurring lyrical themes of moonlit skies over a festive fire. While Blood Moon is a nickname of the Hunter’s Moon of October, it typically refers to the moon reddening during a total lunar eclipse, a celestial event that recently occurred in November 2021 and may have served as an inspiration for this album.
“Beach Bum” continues the lackadaisical sandy theme from “Sunny Side Down” and “Dream Inn,” but is less remarkable as it keeps to shallow waters lyrically and in substance.
The synthesizers and sequenced drum machine return in force in “Cool as Ice Cream.” Muir provides smooth 3-part vocal harmonies, accompanied by a rippling synth that seems to melt with the proverbial ice cream while recalling Genesis’s “The Carpet Crawlers”.
“Starcrossed” opens with acoustic guitar which unexpectedly surrenders to an urban R&B anthem with heavy tremolo. While Muir’s instrumentation and vocal style is consistent with the album’s motif, crossing genres into R&B is a bold choice here. In the last minute, “Starcrossed” transforms into a West Coast rap song– not vocally but instrumentally, with a catchy hook and beat that any good rapper could sample and riff on.

The album concludes with the mystical, starry-eyed song “Sundial.” This is by far the most psychedelic track on the album, due to the swirling vocal harmonies, extended delay and acid-drenched guitar, lending from late-era Beatles circa Revolver as well as Jane’s Addiction’s Nothing Shocking. “Sundial” is another adventurous foray into musical territory that lay unexplored until the album’s final moments.

Blood Moon is a stylistically fascinating album. Rock influences from multiple decades are mingled effectively on this release, from the sounds of the ‘60s to progressive and alternative pop to the funk and grunge of the ‘90s. While it contains heavily synthesized sampling and drum machine, the music relies much more on organic instrumentation than on digitized beats. It’s worth noting and easy to forget while listening to Blood Moon that Rob Muir plays all of the instruments himself, and to impressive degree considering the multitude of genres and soundscapes represented. Several tracks would be well-suited for movies or television shows.

The album’s curious protagonist pursues uncharted frontiers both cosmic and ancient, often knowing not what he seeks. His introspective journey is contrasted by rebellious angst as times. Lyrically, Muir spends equal time reminiscing and reflecting on the past as well as looking towards the future: the dawn of a new day, starry skies and beyond. 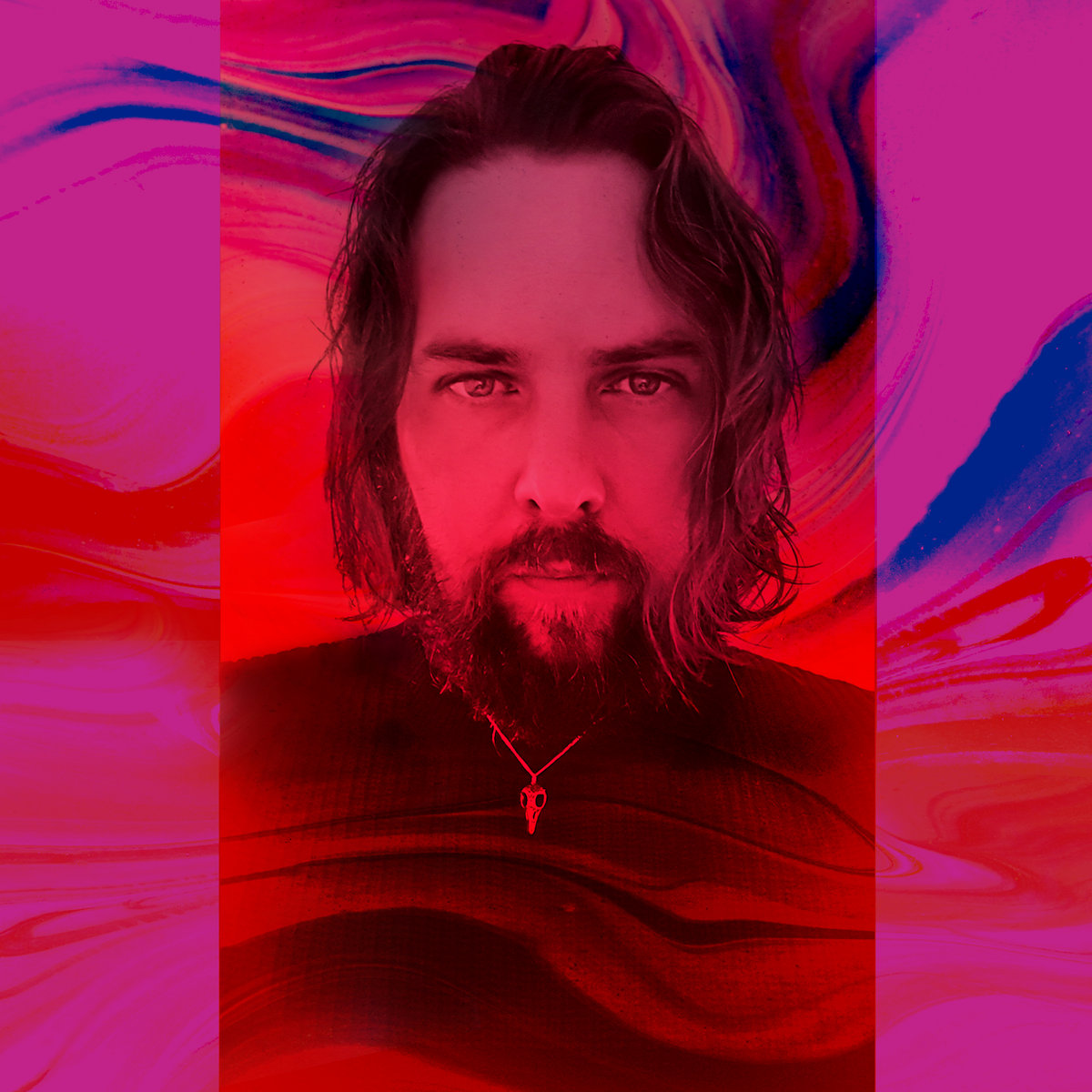 It’s rare for such a wide variety of genres to be smoothly combined into a single album by a solo artist contiguously and not as a compilation. It flows together well despite being all over the map stylistically, due to the consistency of Muir’s sultry voice and rooted instrumental accompaniment. Blood Moon is extremely ambitious, well varied and well executed, doubly so when considering it as a solo release. – Bill Kurzenberger

Blood Moon is available on Apple Music, Bandcamp, and Spotify at the links below.