Psychedelic Rock in the 80s

Psychedelic Rock in the 80s

Psychedelic music faded pretty quickly at the dawn of the 1970s and could not have been deader by the dawn of the 80s. Punk ruled. New Wave was making a splash. Heavy metal was big and dumb. Mainstream rock was increasingly corporate and shallow. Politically, there was a turn toward conservatism as many baby boomers saw the new decade as a chance to cash in. Cha-ching! It was the era of Reagan and Thatcher—two titans of traditionalism. Cocaine was the decade’s drug of choice while psychedelics were relics of a bygone era—at least that’s how it appeared on the surface.

There were, however, plenty of budding musicians who developed a curiosity about mind-expanding drugs and were inspired by the creative explosion of the late 60s psychedelic era.

In spite of the fact that psychedelic music was terribly out of fashion and under the radar during the 80s, certain artists produced some excellent psychedelia during this time. Arguably, the king of 80s psych was Robyn Hitchcock, whose band The Soft Boys emerged from the British punk scene. Hitchcock’s heart was always in psychedelia, though, and each of the two Soft Boys albums includes some songs that are more psych than sneer. When the band disbanded, Hitchock went solo and became a full-on psychedelic singer-songwriter with a penchant for the surreal. After several solo albums, he formed a band called Robyn Hitchcock and the Egyptians who released a half dozen mostly brilliant albums that showcase his clever and deliciously weird lyrical sensibilities. Hitchcock continues to release albums that are simply too “out there” to gain mainstream acceptance, although his music is hardly discordant.

The Church, an Australian band that formed in 1980, are an alternative band that occasionally ventured into neo-psychedelic territory. Though they are often aligned with neo-psychedelia, they really only dabbled in it—releasing trippy songs here and there. Among these songs are “Field of Mars”, Texas Moon”, “Desert”, “Myrrh”, and “Toy Head”

There were quite a few 80s bands who could be described similarly. Let’s take the New Romantic scene that occurred primarily in England in the late 70s/early 80s. Siouxsie and the Banshees, Echo and the Bunnymen, and The Teardrop Explodes are some of the bands who are classified as both New Romantic and neo-psychedelic. Each of these bands has a subtle psychedelic influence that manifests itself in certain songs but does not define their overall sound.

Perhaps because the decade was so anti-psychedelic on the surface, 80’s psychedelic music was more understated than that of the 60s. The Paisley Underground is typically described as a collective of L.A.-based psychedelic bands, but the psych quotient of these groups is actually fairly low. The Dream Syndicate is among these groups and they really only developed their neo-psychedelic side much later in their career. Curiously, The Bangles, who scored a number of 80s pop hits (e.g., “Walk Like an Egyptian”, “Eternal Flame” “Manic Monday”), were another band considered part of the Paisley Underground when, in reality, they didn’t even approach psychedelia. The Rain Parade did, but it still wasn’t the dominant force in their music. Green on Red showcased a psychedelic element on their debut album, but their highly-regarded sophomore release Gravity Talks owes its debt to Americana, not psychedelia.

The first garage rock revival occurred in the 80s with bands like The Chesterfield Kings, The Fleshtones, and Lyres taking the torch from their 60s fore-bearers. These groups managed to capture the essence of their 60s counterparts (e.g., The Chocolate Watchband, The Standells, The Seeds) without adding anything new. These bands mimicked the originals so much that they even adopted the look of these bands as well as the sound. Although it overlapped, garage rock was never really psychedelic; it just peaked at the same time—a little earlier actually. So the bands that jumped on the 80s garage-rock bandwagon weren’t psychedelic either. Their music was typically bold and crude, bearing more resemblance to punk rock than psychedelia.

One group, Plasticland, is an exception. Plasticland was lumped in with the garage rock revivalists, but were sonically more ambitious and psychedelic than their contemporaries. 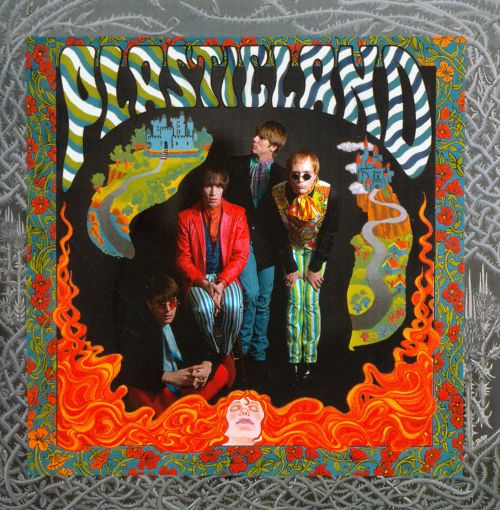 Possibly the best psychedelic music of the 80s came from a band that was a one-off project of another band. The New Wave group XTC released an EP and a full-length, combined into one stellar combination called Chips from the Chocolate Fireball, under the moniker The Dukes of Stratosphear. The songs on these records are pure psych pop pleasure. The nailed the whimsy and delight of late 60s British pop with songs like “The Mole from the Ministry”, “25 O’Clock”, and “Bike Ride to the Moon”. Chips from the Chocolate Fireball is the absolute pinnacle of 80s psychedelia—a must-have for psychedelic groovers.

Spacemen 3, an English band who disbanded in 1991, are often regarded as a psychedelic band. The truth is, though, they are something else. Perhaps space rock, another term frequently attributed to the band, is the best way to define them. They used layers of sound to create a spacey, quasi-psychedelic vibe.

Tones on Tail and Love and Rockets, both of whom evolved from British goth icons Bauhaus, each tread on psychedelic ground. They were atmospheric, dark, and trippy. The Tones on Tail compilation Night Music is perhaps the best sampling of either band’s nocturnal brand of psychedelia.

Ozric Tentacles, who released a number of cassette-only albums in the 80s, are often considered a psychedelic band. In actuality, they bear more resemblance to space rock, although their sound evolved dramatically over time.

The Bevis Frond, a grossly under-rated act, is the musical moniker of English composer, multi-instrumentalist, and singer Nick Saloman, who mixes elements of several genres, including psychedelia, into his music. The Bevis Frond released four albums to little fanfare in the 80s and has continued to make excellent under-the-radar psych-rock over the decades.

It’s ironic that the decade that eschewed psychedelia the most would be the one that spawned The Flaming Lips, the most consistently psychedelic band of all-time. The Lips, who released their first album in 1986, started out as more of a low-fi alternative band before evolving into the psychedelic juggernaut we know them to be. 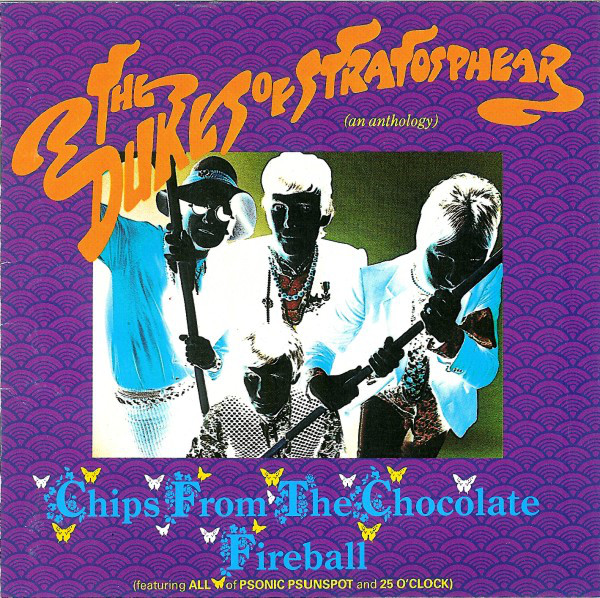