PrevPreviousThe Green Pajamas: Forever for a Little While–Album Review
NextExcerpt from “The Patterns of Existence II: The Subsequent Fate”Next

The early nineties were a time of big change in the world of rock music. Led by bands like Nirvana, Soundgarden, and Alice in Chains, the alt. rock revolution represented a changing of the guard. The younger generation took control of the airwaves—and it was about time. Classic rock had become stale and overly commercialized. Metal, which had gotten huge in the 80s, had become increasingly histrionic with musicians of the genre seeming to care more about their hair spray than their songwriting. Radio listeners were no longer content to be spoon-fed the new records—from Bob Seger, Doobie Brothers, and the like—by corporate fat cats high on cocaine. They wanted something they could relate to–something fresh and real—and they got it. New artists, as well as those who’d been languishing under the radar for a while, took the opportunity to usher in new sounds and a new vibe. Much like the industry change that occurred in the mid-to-late 60s, courtesy of The Beatles, artists were no longer bound by the formula. A new age had arrived. And while grunge, indie-rock, alternative rock, house, hip hop, and pop-punk ruled the era, neo-psychedelia was able to slip in through the cracks.

Nineties psychedelia began with The Flaming Lips upping their game and producing a streak of six excellent neo-psychedelic albums they would release over the next ten years. In a Priest Driven Ambulance (1990) and Hit to the Death in the Future Head (1992) were solid psych albums, but it was 1993’s Transmissions from the Satellite Heart that made them famous. That album featured their first hit, the quirky “She Don’t Use Jelly”, which received voluminous airplay on MTV. At the end of the decade, The Lips released their most acclaimed album The Soft Bulletin, which included the tracks “Race for the Prize”, “Waitin’ for a Superman”, and “The Spiderbite Song” and seemed to make every critic’s top ten list for 1999.

Much like the industry change that occurred in the mid-to-late 60s, courtesy of The Beatles, artists were no longer bound by the formula.

The Legendary Pink Dots, a British act, released a string of stellar albums beginning in 1990 with the otherworldly Crushed Velvet Apocalypse followed by 1991’s brilliant The Maria Dimension. The band would release ten more albums in the decade. Despite being a cult favorite with a stunning lack of commercial success, The Dots, formed way back in 1980, continue to release new albums at a fierce rate and are touring the US in 2022.

Robyn Hitchcock, the obscure and consistently clever British artist, who began his recording career with the punk-inflected group, The Soft Boys, released a half dozen solid studio albums in the 90s and somehow remained under the radar while other alternative singer-songwriters ascended to the mainstream.

Julian Cope, who began his career in the 80s with British new wavers The Teardrop Explodes, carried on making psych-inflected music through the 90s, releasing the highly-acclaimed Peggy Suicide in 1991. 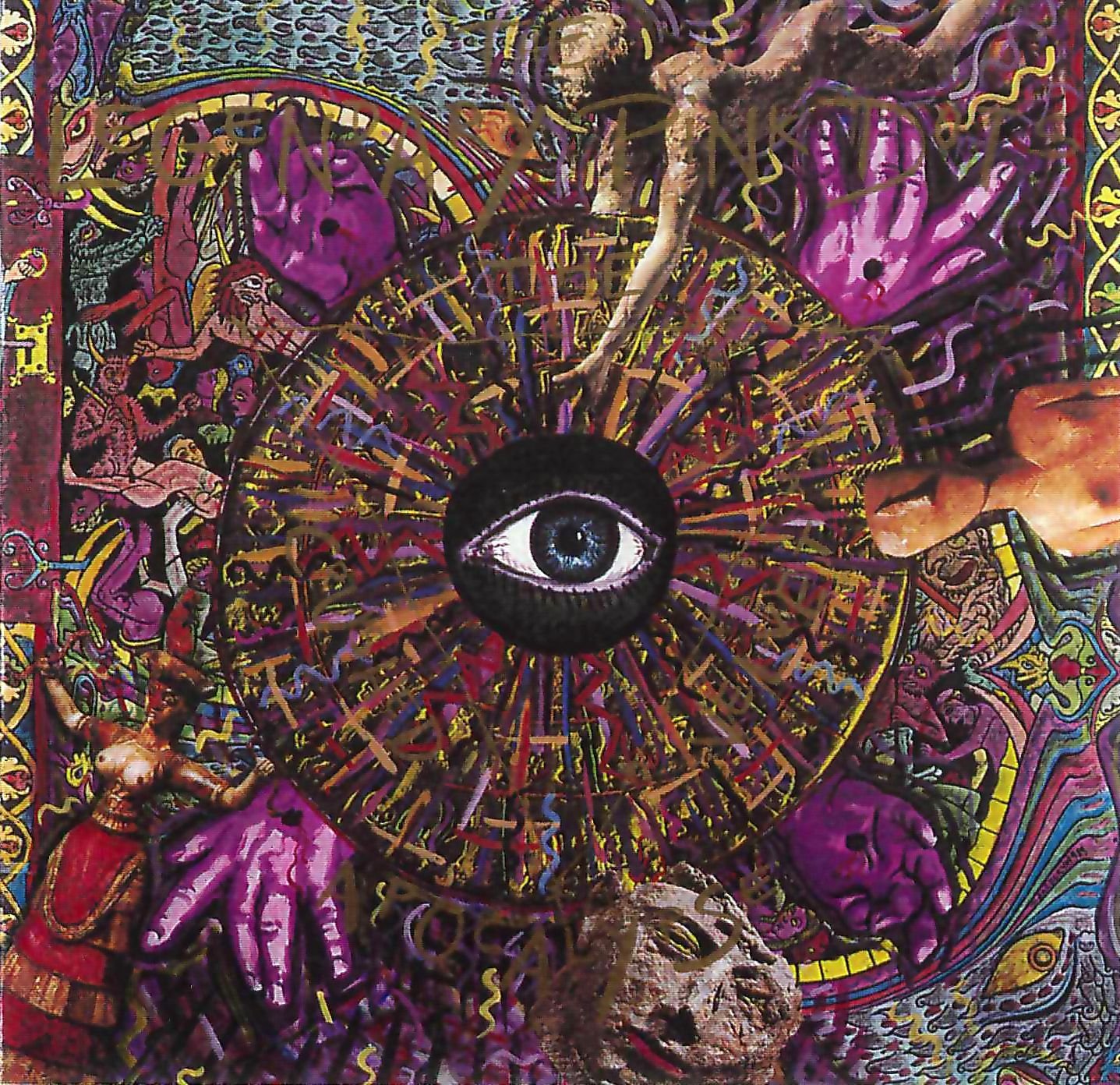 Also in 1991, Primal Scream, yet another British act, released their seminal album Screamadelica, which brilliantly blended rock and dance music while dipping it deep in lysergic sauce. The band tips their hat to psych pioneers Roky Erickson and the 13th Floor Elevators by covering their song “Step Inside This House”. Primal Scream, not always recognized for their contribution to psychedelia, released a couple more albums in the 90s, including 1997’s excellent and trippy Vanishing Point.

Australia’s The Church, who scored an international super-hit in the 80s with “Under the Milky Way”, continued through the 90s with six solid outings that featured sporadic bits of psychedelia like “Desert” off of Russian Autumn Heart (1990) and “The Porpoise Song” from Quick Smoke at Spot’s (1996).

Mercury Rev, an American indie rock band, released their first album, Yerself Is Steam, in 1991, followed by Boces in 1993. Both albums featured vocalist David Barker and a somewhat avant-garde feel. After Barker left, the band’s sound changed dramatically. While still psychedelic, they adopted a dreamy, more melodic style that worked well for them. In 1998, the band released Deserter’s Songs, which enjoyed a modicum of commercial success.

British act The Bevis Frond began in the late 80s and released nearly a dozen solid albums in the 90s. Nick Saloman, the sole constant member and unsung genius behind the band, typicallywrites all the songs and plays all the instruments in the studio. He also produces these albums for his label Woronzow. The Bevis Frond combines elements of classic rock and folk with psychedelia and some truly magnificent guitar work.

The Green Pajamas is an American band that formed and released its first album in 1984. They put out seven psych-oriented albums in the 90s despite not releasing anything between’92 and ‘97. Inspired by the 60s pop as well as the Paisley Underground, The Green Pajamas made some quality records that are in fact wholly accessible, despite the band’s seemingly endless relegation to obscurity.

Philadelphia band Bardo Pond formed in the early 90s and developed a mesmerizing sound that often veered into darkness. Their 1997 album Amanita, named after the psychedelic mushroom, is an epic neo-psych classic.

Two American neo-psych bands started in the 90s and are featured in the highly entertaining 2004 documentary Dig! The movie explores the relationship between The Brian Jonestown Massacre and The Dandy Warhols–“frenemies” who share a similar aesthetic but don’t always get along. Well, it’s pretty much just Anton Newcombe, frontman for the Brian Jonestown Massacre, whose behavior is unpredictable and antagonistic. Whatever the case, both of these bands released some exceptional psych in the 90s. The Dandy Warhols’ Thirteen Tales from Urban Bohemia is a pop-infused psychedelic classic that spawned the hit “Bohemian Like You” while The BJM, who wear their 60s influences on their sleeves, dropped Her Satanic Majesties’ Second Request, Take It from the Man!, and Bringing It All Back Home Again to name a few of their top-notch records from the 90s.

One of the most interesting musical amalgamations of the 90s was the Elephant 6 collective. Elephant 6 was, and still is, a loose aggregation of artists who share similar sensibilities centered around 60s- influenced pop and psychedelia. Among these groups are Of Montreal, The Apples in Stereo, Elf Power, Neutral Milk Hotel, and Olivia Tremor Control. Often the bands share members. Occasionally, a member of one band will produce an album for another band.

Neutral Milk Hotel released only two albums, in 1996 and 1998, but both were highly acclaimed. One of them, In an Aeroplane over the Sea, produced by the Apples in Stereo’s Rob Schneider, is widely hailed as a masterpiece for its bizarre lyrical concept and sonic experimentation. 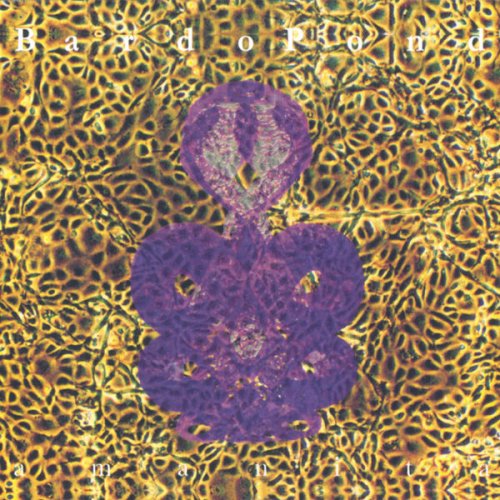 The Apples in Stereo often oscillated between cheerful power pop and psychedelia. The band’s 1999 Her Wallpaper Reverie is a quasi-classic that’s certain to delight any lover of 60s psych-pop. Fun Trick Noisemaker, their 1995 offering, is another one worth checking out.

Olivia Tremor Control, who made delightful Beatle-esque pop, featured the talents of Will Cullen and the late Bill Doss. These two songwriters had a yin-yang relationship that is often compared to that of Lennon-McCartney. Their 1996 album, Music from the Unrealized Film Script, Dusk from Cubist Castle, is also a neo-psychedelic classic.

Elf Power is an Athens, Georgia band that released three albums in the 90s and has continued to make folky pop-rock. Their 2022 album The Artificial Countryside is reviewed in this publication.   A Dream in Sound,  from 1999, is the best representation of their psychedelic work.

Of Montreal, another Athens band, has evolved dramatically over the years. While they’re now a successful electronic-influenced dance-rock act, they began as an underwhelming and straightforward four-piece making simple, lo-fi music inspired by The Beatles. Of their 90s output, The Gay Parade is a fine example of their early work.

Although the quirky indie-rock artist Beck would not be considered a psychedelic act, he has created some fine psychedelia, most notably on the 1998 album Mutations.

Psychedelic rock gained more acceptance in the 90s than it did in the previous decade, but it wouldn’t be until the middle of the following decade that the current psychedelic music renaissance would truly begin.

•
January 16, 2023
PrevPreviousThe Green Pajamas: Forever for a Little While–Album Review
NextExcerpt from “The Patterns of Existence II: The Subsequent Fate”Next

2 thoughts on “Psychedelic Rock in the 90s”