“The first peace, which is the most important, is that which comes within the souls of people

when they realize their relationship, their oneness with the universe and all its powers,

and when they realize that at the center of the universe dwells the Great Spirit,

and that this center is really everywhere, it is within each of us.”

The phrase “know thyself,” inscribed in Greek on the Temple of Apollo at Delphi during the fourth century BC, was later expanded by Socrates, who taught that “the unexamined life is not worth living.” We, on our journey, think somehow our effort and all its challenges and expressions are outside of us. But Rainer Maria Rilke wrote, “The only journey is the one within.” We come to realize this truth, a journey of exploration and personal development without end.

My first journey with inner consciousness expansion came at seventeen from using a psychedelic during one very hot August 1969 day at the Atlantic City Pop Festival. Most of the bands then moved on two weeks later to a festival in upstate New York known as Woodstock. It seemed like a good idea

I would never be able to view the world the same again.

to try something I had heard about, LSD. Everyone else was doing it, or so it seemed. I wondered what Orange Sunshine, this innocuous little pill in the palm of my hand, could do for me. So, I began my “long strange trip” sitting near the stage in the middle of a big, sweaty crowd. Not the ideal setting, to be sure, but it happened.

What followed was an unforgettable experience, a profound “re–wirement” of how my mind viewed everything in the world and how I experienced my physical senses. I would never be able to view the world the same again. Like the fire that cast light and shadows on the walls of the cave, described in Plato’s Allegory of the Cave, the reality of objects was misrepresented and incorrectly perceived. Plato’s prisoners in the cave could never free themselves from their chains, constraints that never allowed them to see objects for what they really were. I understood my view of reality was based on these impressions– merely the light and shadows that could be perceived through my limited senses, filtered through my conditioning. 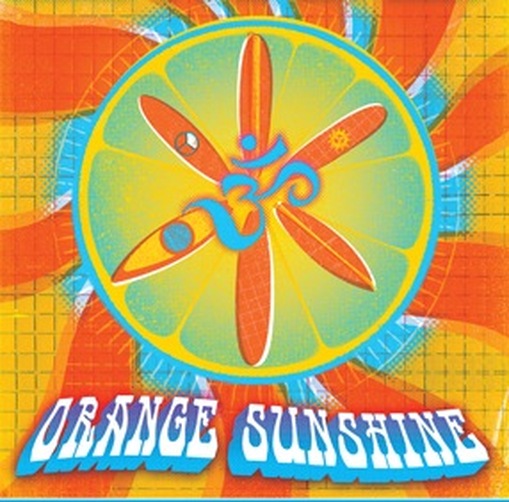 Later, while sitting with a tree, an enormous white oak, on a hillside in Washington DC’s Rock Creek Park, I came to understand there was an ineffable consciousness possessed by this tree, not the same as mine, its own, and the inseparable interconnectedness between me and this ecosystem. I saw this life form and myself and all others on the planet hurtling through deep space on a very large rock with no destination, just moving through the universe. A tree was no longer just a pretty prop in my environment. No longer something that was presumably alive – something to be used, a commodity as needed – it was alive! I saw our biological evolution took the same amount of time to get to this point. I was no better than this tree, just different. I knew that no divine entity viewed me as a superior being among all the other sentient beings. If anything, I was much less adapted to my environment, disconnected, and this ecosystem was keeping me alive. It was so clear that I and my species, while thinking we were the pinnacle of evolution because we could build cars and cathedrals, manipulating the environment for our comfort and amusement, were a serious threat to ourselves and all other lifeforms on the planet.

Consciousness expansion is a growing awareness of the connectedness and interdependence among us and with the living world. Most importantly, these journeys led me “into intimate contact with the total reality of the moment.” These were pivotal times, peak experiences, and life-changing events. But

A different way of relating to our aging experience and facing mortality is needed.

the usefulness of integrating those insights into my life, at such a young age, without intention or support, was not quite comprehended. Like most of us at that time, we eventually wanted to fit in, to become adults in the model of our conditioning, putting behind us what we may have seen as the naiveté and excesses of our youth.

When asked if psychedelics could be integrated today in a more “wholesome” way than the “unraveling of the psychedelic experience” in the 1960s, Rabbi Zalman Schachter-Shalomi, a founder of the conscious aging movement, replied, “Attitudes have indeed changed. I can look back at the times when people tuned in, dropped out, and blew their minds. But then came the time when those people with the blown minds dropped back in again. … Nowadays, these folks are coming into their elder years, and I have the sense that they will want to look at the spiritual use of psychedelics at this point in their lives in a much more serious way.” Carl Jung wrote that “the first half of life is devoted to forming a healthy ego, the second half is going inward and letting go of it.” Reb Zalman also said, “I feel that the urgent question is for many people, when you have an extended lifespan, can you do this without having extended consciousness? It is so clear to me that without extended consciousness, the extended lifespan is a depressive thing.” Jung expressed this potential: “A human being would certainly not grow to be seventy or eighty years old if this longevity had no meaning for the species. The afternoon of human life must also have a significance of its own.”

We are always aging. A different way of relating to our aging experience and facing mortality is needed. Aging is not an undesirable trajectory, a problem, handicap, or disease. It encompasses opportunity, awakenings, change, and loss. The causes of depression and dementia among older adults are not entirely determined by physical or genetic factors. The psychological toll from societal and personal ageist messages, including unrealistic expectations of retirement and loss of purpose, also influences cognitive impairment. We can shift how we view ourselves as older and our place in nature, but it is difficult to awaken from a trance of negative self-talk, acceptance, and submission. Research shows psychedelics support positive shifts by promoting neuroplasticity, thus enabling new pathways and connections in the brain. There is a neurological balance between stability (maintaining, functioning) and plasticity (adapting, learning). Older adult consciousness tips toward stability way too early giving up and giving in – resigned to a fate, at best becoming “comfortably numb.” But the relationship between plasticity and stability must be perturbed to effect change. Methods for inducing shifts can include meditation, mindfulness practice, holotropic or other breathwork, transcranial magnetic stimulation, artificial intelligence, and using psychedelics. Judicious macrodosing and microdosing are having benefits for older adults, including breaking this trance of disconnection and creatively re-engaging with life.

This is for the “entheogenic elders,” older adults who are aging consciously, those who are self-actualizing and those who will, to some extent, come to transcend themselves and their egos, and discover that spirituality is serving others. This is about expanding awareness, not retreating to illusion, moving into areas that can be uncomfortable and fearful and accepting the shadow side of our personalities. But if we have courage and determination to change, an effective consciousness rewiring can lead to a sustained transformation of our mindset on aging, retirement, work, how we view the world, the cosmos, and our place in it, and our attitudes about what it means to be alive. Rewiring or re-firing, not retiring, is required to re-write our stories and re-engage while challenging ageism, depression, and health challenges.

Art Mitchell is a certified professional coach, including for microdosing, a conscious aging advocate, conservation ecologist, activist, and graduate of UC Berkeley and Yale. A resident of Tucson, Arizona, he draws from 40+ years experience working on biodiversity conservation projects in 18 countries and from his struggle with later-life ageism. Art wrote “Grateful, Not Dead: Rewire, Not Retire. Re-fire Your Purpose,” and is working on a book on healthy masculinity that will be released in early 2023, “The White House Gang: Pursuit of Integrity within the Patriarchy.” He organizes a Meetup: Entheogenic Elders of Southern Arizona. This article is based on excerpts from “Grateful, Not Dead: Rewire, Not Retire,” and a presentation he gave at The Science of Consciousness 2022 conference in Tucson on “Aging, Neuroplasticity, Consciousness Shifts, and Reengaging.” Contact: zaperonneau@gmail.com, LinkedIn: http://www.linkedin.com/in/artmitchell 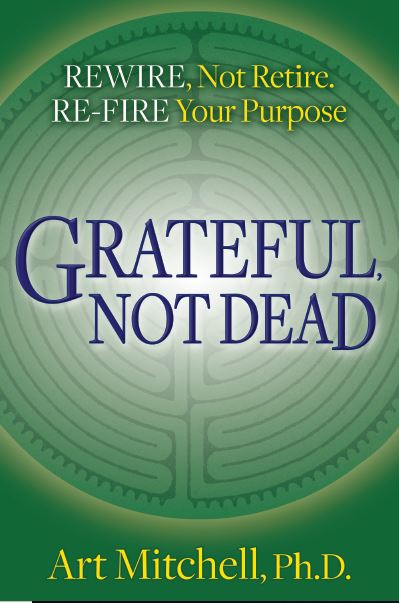