Smiling is the brainchild of Annie Shaw, a guitarist, singer-songwriter, and performer. On August 6th, Smiling dropped their new album Devour exclusively on the New Noise Magazine website. Smiling was founded back in 2015 under the name Annie Girl and made a name for themselves by opening for Against Me! on several tours. The band finally headed into the studio under the name Smiling in 2016 with Josh Pollock on guitar, Mark Nelson on bass, and Sonny Pearce on drums. Nearly five years later, they have finally released their latest album Devour,  which happens to be psychedelic punk.

Devour is relatively heavy as far as psychedelic rock goes.

Devour has a variety of sounds on it but it mostly sounds like mid-2010s neo-psychedelia. The first several tracks are psychedelic/alternative rock tracks that are enjoyable, but not especially memorable. The album has a menace that’s reminiscent of angsty late 80s/early 90s alt-rock, but the band combines it with poppier, psychedelic sounds. Devour is relatively heavy as far as psychedelic rock goes, but it’s not heavy in the vein of traditional heavy acid rock. It’s a much more modern and alternative sound. The album is a fusion of pop and punk, mixed with psychedelia, but it’s not “pop-punk”. 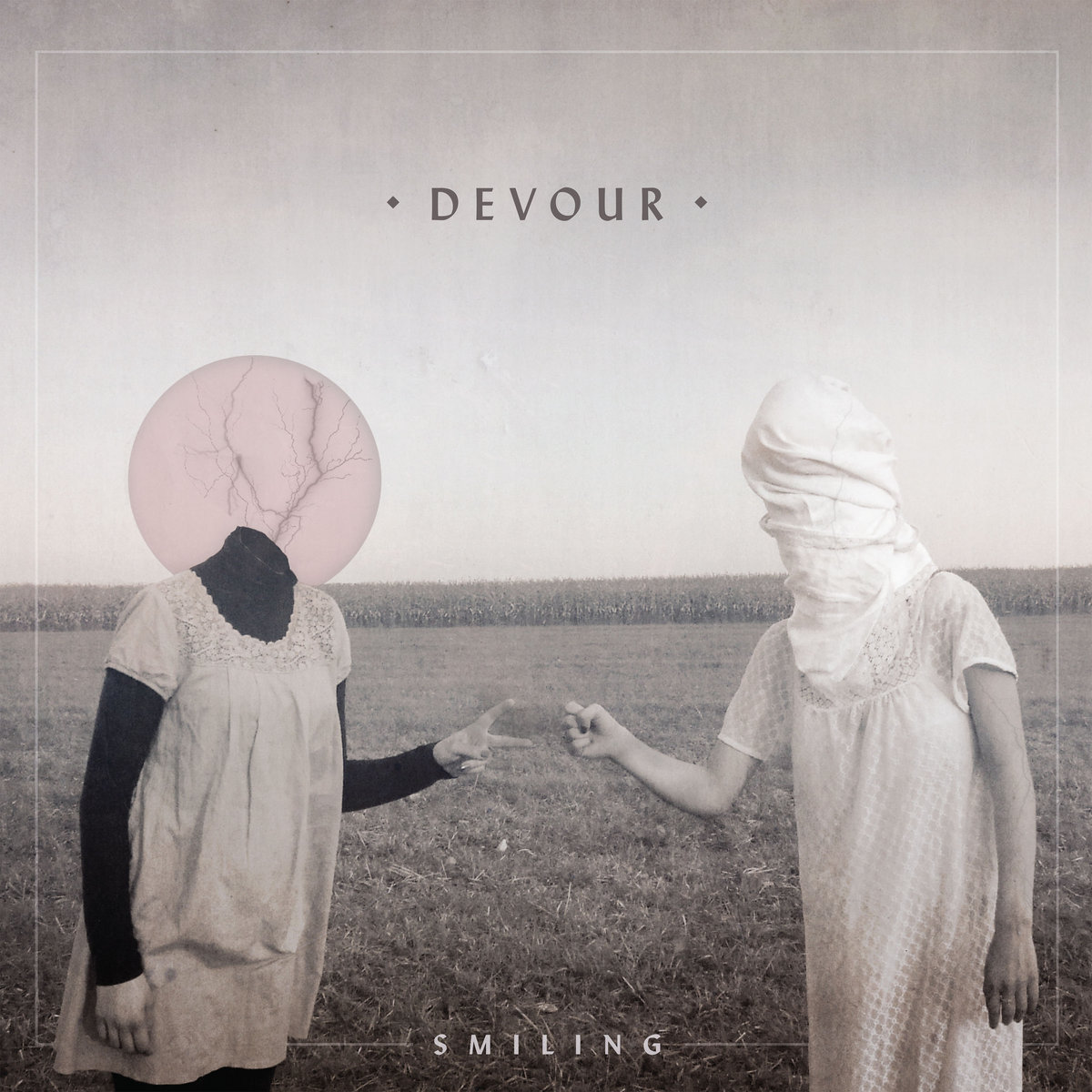 “Strange Attractor” opens the album, with a distorted sample, and then a driving drum beat with an over-driven guitar riff. Reverberated vocals come in over punk jams, and there are instrumental passages full of blues licks. There’s a dreamy chorus section that transitions into another short blues instrumental passage. There’s another dreamy chorus, and then the song ends.

“Lighthouse” opens with another riff that’s not a blues riff itself, but is based on blues form, with plenty of reverb on the guitar and vocals. This song feels less jammy and more anthemic than the previous song.

“The Well” begins with a short, repeating guitar lick before the band and vocals join in. This song has the catchiest and most memorable chorus so far on the album. Like most of these songs, it uses the classic ‘subdued verse and bombastic chorus’ formula. The song ends with a guitar solo. This song is a subdued punk anthem. The song gives the listener a feeling of growing desperation, topped off with a guitar solo that’s way too short.

“Other Lives” has a catchy intro. This is another pop song. Built around a bouncing, rollicking beat, reverberating vocals, and distorted guitars. This is one of the more memorable songs on the album.

“Forgetful Sam” opens with dreamy and mysterious vocals, supported by gentle, yet somber guitar, drums, and bass. The guitar is wistful, and the bass is grim, giving the tune a unique melancholic feeling. This quickly escalates into a heavy, distorted chorus section, before the song calms down again into another brooding verse. This cycle repeats until the song reaches the slow, feedback-laden guitar solo. The solo on this song is mostly wild feedback with occasional notes and short melodies.

“Do What You Want” might be the most sedated song on the album, at first. The first third of the song is quiet to the point that it’s barely audible. If you’re listening to the album without paying close attention, you might not even notice that the music is still going. Then, about a third of the way through the song, it kicks into a higher gear. It’s still tranquil compared to the rest of the album, but relative to the first part of the song, this section is a solid 10 on the Mohs Scale of Rock and Metal Hardness. This continues for a bit, then the song descends back into a distorted version of the opening riff. 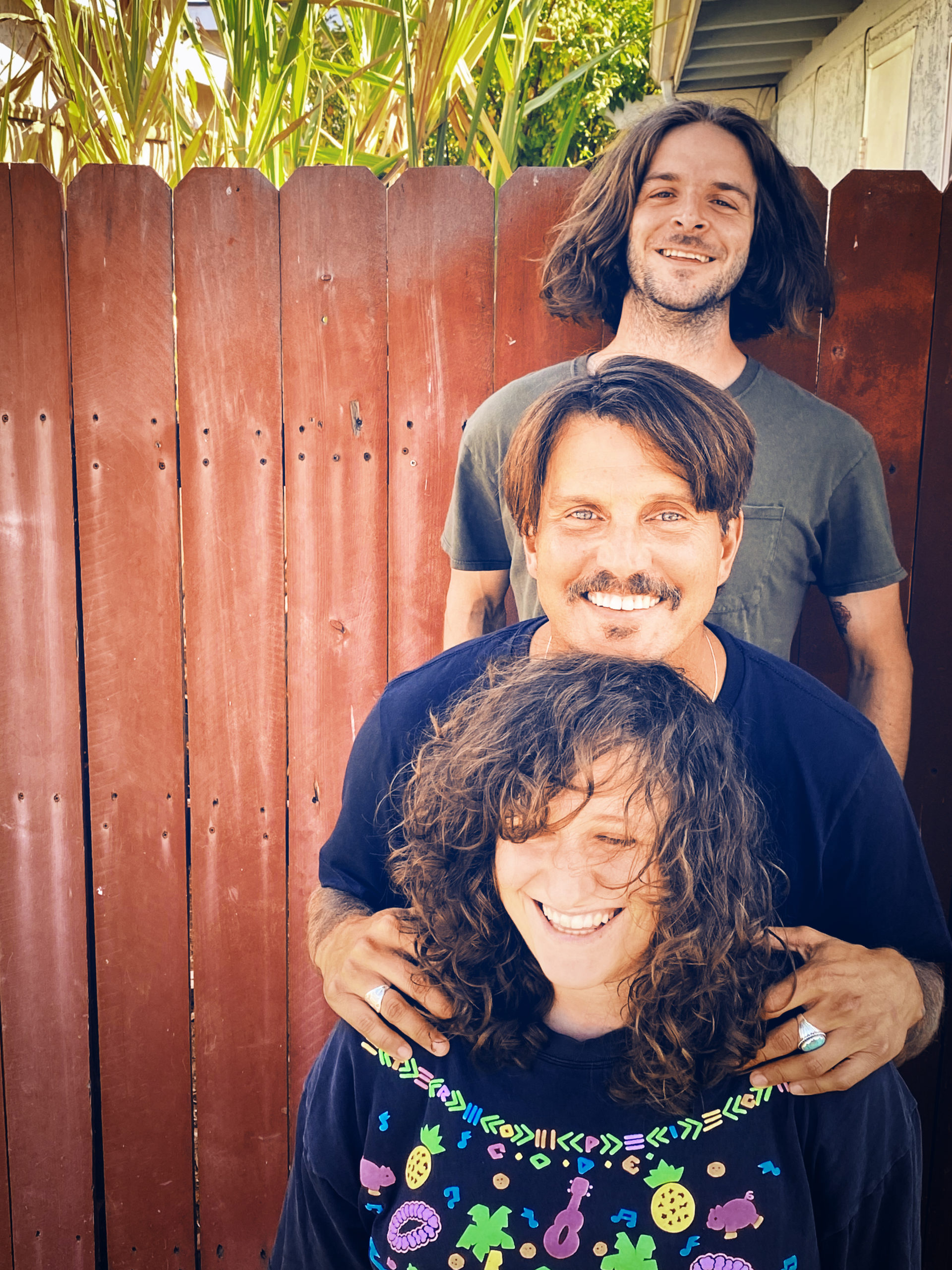 But that tranquility is just lowering your guard for the opening of “Devour”. The album’s title track is fast, hard, and frantic. It includes the most impassioned vocals on the entire record.

“FPS” is dark and sinister. This is the most minimalistic song, based on repeating riff that drones throughout the song. At almost six and a half minutes, it’s also one of the longest songs on the record.

“Take Your Time” is percussive and melancholy. Another minimalist song, based on a repeating riff and hypnotic drumbeat. This leads into “Duvall Gardens”, a long monolithic jam that closes out the album.

The quality of the songwriting isn’t bad at all, but it’s also not something I’m thrilled about. After my first listen, I thought it was boring and generic. However, repeated listens have shown me there is some quality songwriting on the album, which gets a B+ in my book.