My, Myc, Mind: On Fungal Behavior

My, Myc, Mind: On Fungal Behavior

A built-in aspect of the scientific outlook is that we scientists are enthusiastic nitpickers, who oftentimes take pleasure in finding small inconsistencies and exceptions that will lead to reconsideration and even, in some cases, complete reformulations of established scientific definitions.

Since its inception, Life has divided into serially branching compartments which start with Life and end with Species. The scientific community mostly agrees on six kingdoms of life, Bacteria, Archaea, Protista, Animalia, Plantae, and Fungi. About 1.5 billion years ago kingdom Animalia branched off from Fungi. Since then, the evolution of our two lineages have taken different paths. Animalia became large, mobile, multicellular colonizers of land, sea, and air. Fungi diversified into both single- and multicellular beings which decompose organic material and only really move about by growing. Today, there are approximately 6 million species of fungi, about a million shy of the estimated diversity in Animalia. 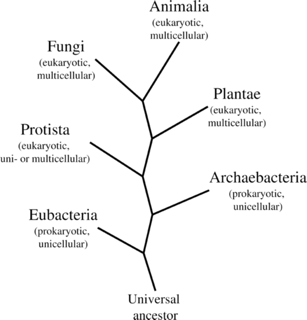 Fungi are curious creatures. Most of their mass lies underground as mycelium, stringy conglomerates of cells called hyphae. Mycelium colonize the soil, seeking and absorbing nutrients from decomposing plant and animal matter. Fungi can reproduce asexually and/or sexually, both processes beginning with a spore. Asexual spores, called conidia, contain two haploid (containing one set of unpaired chromosomes) cells which fuse into a diploid (containing two sets of chromosomes, paired) cell. This diploid cell develops into a hyphae, which develops into a mycelial network. In sexual reproduction, a single-celled haploid spore develops hyphae of its own, which then fuses with another compatible hyphae to form dikaryotic (diploid) mycelia.

Sexual reproduction occurs in seven of the eight phyla within Fungi. The conspicuous fungal structures we broadly recognize as “mushrooms” are in fact just spore-releasing fruiting bodies produced by the underground mycelial network. Fruiting bodies are extremely diverse in size, structure, color, and spore dispersal mechanism. They ephemerally speckle our landscapes with colors and shapes not often seen in nature, and contain a largely undescribed apothecary of molecules. These molecules produced by Fungi can improve the health and alter the consciousness of their distant Animalian cousins. 🍄

There are plenty of resources to explore the unique history, physiology, biochemistry, ecology, and general importance of Fungi to life on this planet. I am not going to cover those here but I highly suggest diving deep on the subject.  It is both captivating and rewarding to know this form of life. No, here my purpose is to introduce you to the emerging field of fungal behavior. What? Yeah.

To me, “fungal behavior” is a phrase that invokes a feeling of an old familiar memory which, the more I try to remember it, the more it feels as though it might’ve been a dream. Personally, these words together impart a sour umami flavor which at first strikes a deep sense in my soul, and then I recoil as my preconceived notion of what can and can’t “behave” and “think” sinks in. Certainly the idea of fungi behaving is wishful thinking on the part of mycoreligious extremists and recreational psilocybin ingestees. I assure you, tis not.

Behavior is a fickle word in biology. Historically and instinctually reserved for animals, behavior might be thought to a require brain (a brain as we know it, at least). Behavior is not well defined by scientists, however, it generally refers to an organisms movements, interactions, cognition, and ability to learn. Our primary conceptual toolkit for studying behavior is a set of four questions which, systematically answered, reveal the mechanisms driving the expression, development, adaptive benefit, and evolution of a behavior.

Let’s think about fungal behavior first in terms of movement. Although fungi don’t up and walk around the forest like animals, mycelia do target their growth through the soil in non-random fashion. Let’s frame this discussion using this inclusive definition of movement: Movement is “any translocation of biomass sustained by an organism’s own energy resources, which is steered in response to environmental cues and stimuli.”  Under this framework, we can assess movement as a behavior which is in direct response to a fungus’ environment.2

Mycelium moves in response to environmental challenges such as animal grazing or poor nutritional sites, and to find resources for survival. The latter has been studied in soil tray microcosm experiments where a piece of wood colonized by mycelium is placed on top of a tray of packed soil. The mycelium will branch out in search of new resources, and if it encounters a better resource patch (such as a larger block of uncolonized wood), it will thicken its mycelial tendrils in that direction while slimming down the other tendrils. In this way, the mycelial network moves towards food.

Fukasawa et al. recently used this set up to test the conditions under which mycelium from the fungi species Phanerochaete velutina will move from one resource patch to another. They found a clear threshold in how large the new resource must be in order for the mycelium to colonize it. This means that the mycelium can assess the situation at the new patch and decide whether to move towards it as a whole. Beyond this decision making capability, the researchers also found that the mycelium retain a memory of the direction it had decided to allocate resources. When researchers removed the original piece of colonized wood and placed it in a new tray, the mycelium put most of its growth in the same direction to where the resource patch was in the previous tray. 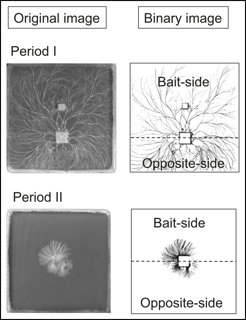 Another study published this year sought to understand the differences in hyphal foraging strategies between various species. Due to the difficulty of observing hyphae grow in a natural soil environment, they developed microchips with various obstacles for the hyphae to navigate. For each species, they predicted that their behavior in the obstacles would match onto a set fungal foraging strategies found in nature. However, confronted with the various challenges, most species displayed a broad plasticity in how they navigated the obstacles. Basically, the hyphae behaved differently depending on the challenges they faced in their immediate environment. These findings show us that fungal behavior is as diverse as the heterogeneous and unpredictable soil environments fungi inhabit. 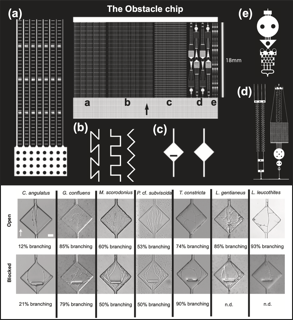 There are many more studies that demonstrate the ability of mycelium to sense their environment, decide where to move, and remember information which it had acted on previously.  The question remains, how does fungi behave if it doesn’t have a brain?

Think about our brain. It’s mushy, but solid, composed of stationary neurons with adaptive connections between. We tend to associate our solid seat of intelligence with the idea of “the mind” itself, and find it difficult to see how a sense of mind can emerge within a differently structured mass.

Certainly the advent of neurons and their subsequent bunching at one end of an organism paved the way for the complex behaviors we see in animals. There are however other organisms and seemingly inanimate systems which have computing power, albeit contained in dispersed, non-structural “liquids”. A liquid brain is cognitive network that can exchange, process, and store information but does not have a stable, persistent connection or static components.

It is under this definition of the liquid brain that we can group a mycelial network. As we’ve learned so far, this network moves through and interacts with its environment by constantly reorganizing its biomass. This reorganization is coordinated by complex intracellular signaling and resource allocation. Mycelium can sense, process and remember information, which informs decisions about how to behave in unpredictable environments. These behaviors include the ability to hunt, navigate labyrinths, cooperate or compete, and even control the minds of insects.

With these traits in mind, famed mycologist Nicholas P. Money has even gone so far as to claim a degree of consciousness exists in our fungal friends.6 It is not too far-fetched a statement when you consider that consciousness is a process that emerges as something more than the sum of its parts. An individual neuron may not contain consciousness, but put connect enough of them and they can produce everything from Time to Say Goodbye to I’m an Island Boy. In the same fashion, an individual hyphae may not contain consciousness, but when they form a mycelial network, they can share resources and information so that when a section is removed, it can still make a decision based on information collected by the mycelial tendrils it was severed from.

Consciousness does not likely exist in one format, and it certainly does not exist in a single species as we humans often assume. Maybe that is why the term “fungal behavior” resonates with such a familiar yet disconcerting feeling. In any case, the time is ripe for serious studies into fungal behavior so that we might learn a bit more about what it means to be a passenger on this planet.

Want to read more psychedelic science? Check out Tyler’s newsletter, The Tab. The original version of My, Myc, Mind: On Fungal behavior can be found here. 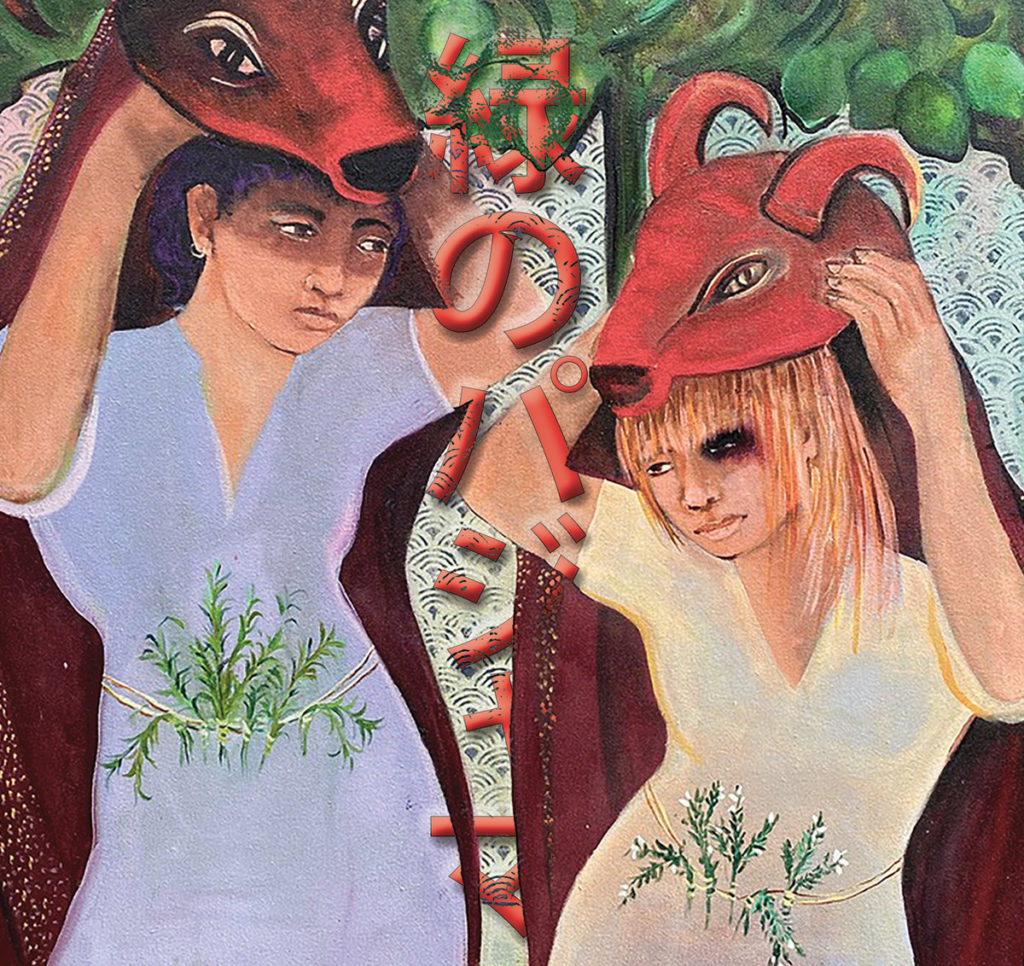