and the Psychedelic Solution

When I was eighteen, I was diagnosed with a rare headache disorder called cluster headaches. It’s hard to find the right words to explain the pain of a cluster headache. The most accurate description I’ve heard from a fellow sufferer goes something like, “a red-hot sharp metal poker being stabbed into your eyeball.” To an onlooker, someone in the grips of a cluster headache seems like they’re having a medical emergency or maybe going crazy. I’ve had paramedics and the police called on different occasions when a cluster headache suddenly struck me in public.

For many of my adult years, the condition all but ruled my life. I was prescribed a daily high dose of a drug called verapamil. For individual attacks, I used a fast-acting injectable medicine called Imitrex and I stuck myself so often that my thighs looked like pin cushions. Over the years I tried nerve-block injections, steroids, high-flow oxygen, massive doses of caffeine for individual attacks, and other various approaches.

In 2011, the National Geographic channel aired a piece on an episode of their Drugs, Inc. program about a man named Dan Ervin who used psilocybin mushrooms to treat a little-known disorder called cluster headaches. Cluster headaches are aptly nicknamed, “suicide headaches.” It’s been deemed by some physicians to be the most painful disorder a human being can experience. Dan Ervin, as many others like him, chose to explore the effects of psychedelics rather than go on living with cluster headaches.

Cluster headaches are comparable to migraines, which psychedelics may also have value in treating, but cluster headaches are rarer, affecting only one in a thousand people. Recently they were mentioned on other television programs like Hamilton’s Pharmacopeia and the Netflix series How to Change Your Mind—in tandem with how psychedelic drugs might be used to treat them.

Four years ago, I reached the same breaking point that Dan Ervin had reached. I was having cluster headaches daily and the duration of the attacks had increased. Typically the attacks themselves only lasted about 30 minutes to an hour, but mine were lasting up to 3 hours.

Having cluster headaches is like living your entire life with a bear in the room. Sometimes the bear is calm, but you know it could attack at any time. The pharmaceutical medicine I’d been taking for years only temporarily kept the beast at bay. 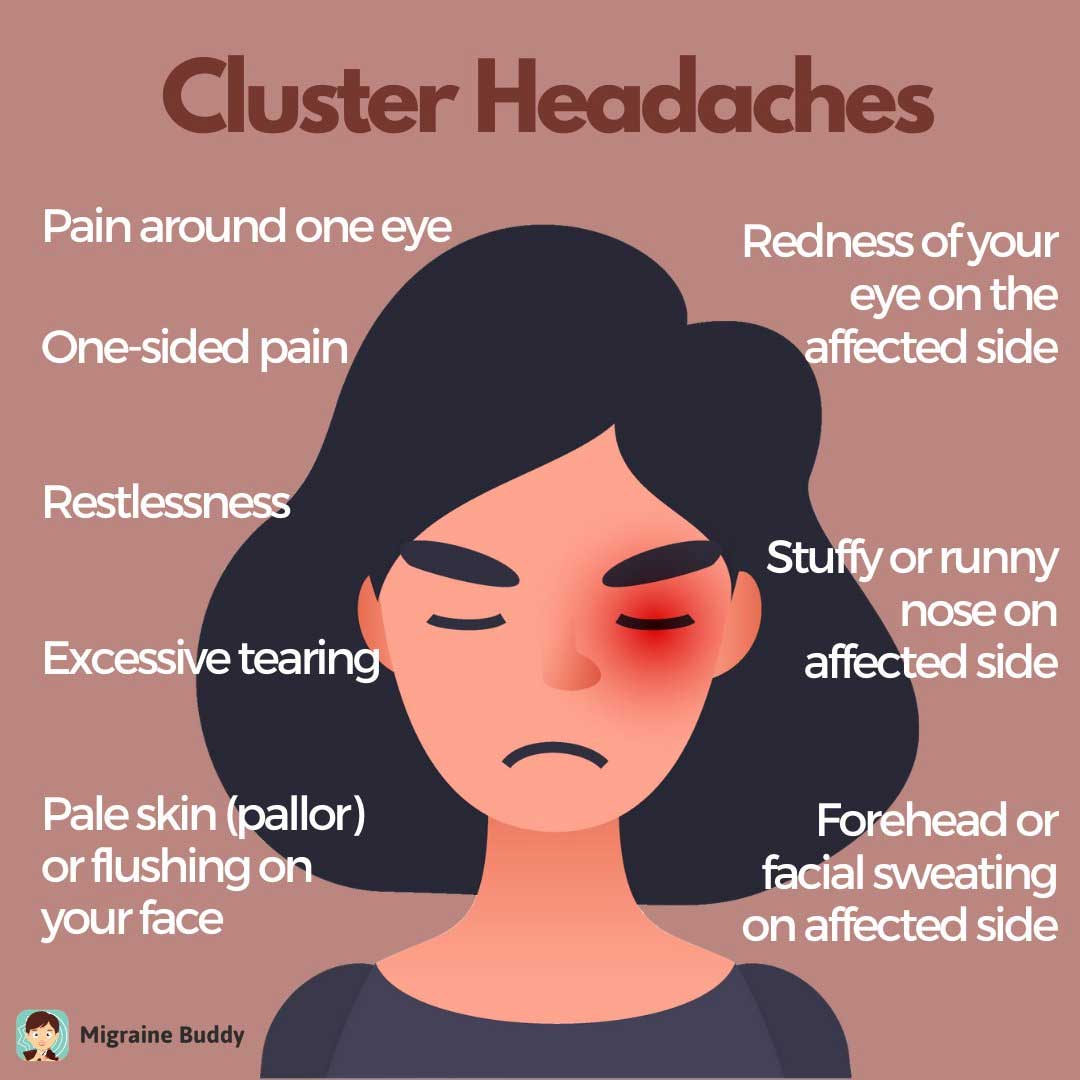 Thankfully, the internet granted sufferers of cluster headaches a venue to discuss a radically divergent course of action from the authority of the medical establishment that seemed to neglect suffers of this disabling condition. The non-profit organization Clusterbusters was founded by Bob Wold, a long-time combatant of this malady, to spread the word about psilocybin’s wondrous effect on cluster headaches. On its website clusterbusters.org, I came across anecdotal reports of people finding relief for a couple of days, weeks, months, and even complete remission. Given the level of pain associated with cluster headaches, I would have tried anything to get relief.

I used magic mushrooms recreationally in my early twenties, so I knew what to expect. After sufficient research, I decided to call a friend I thought might be able to procure psychedelic mushrooms for me. One day I cleared my schedule, nestled in at home, and pulled a big mushroom out of the bag, weighed it on a scale, found it to be about three and a half grams, and ate it. I had. That’s the amount I remember taking when I was younger.

I learned later there are various psilocybin mushroom strains, much like there are myriad strains of cannabis. The particular strain I had picked up was called Penis Envy. They’re considered to be some of the strongest around and can be twice as potent as other strains. I embarked on what I consider to be one of the deeper psychedelic experiences of my life.

There was a hallucination of my visual spectrum swirling into a whirlpool and, in its hypnotic spiraling, I was transported back in time to the beginning of the universe where I witnessed the big bang and the expansion of the cosmos– all the way forward to Earth, on to modern civilization, and finally to me lying down in my in South Florida bedroom. Amid this bustling anthill society, I saw all of the pain we inflict upon ourselves– all the poison we put in the air and water, and in our bodies. I felt an identification between this and my own pain. How could I not be in pain with all this going on?

I’m not sure if that realization had anything to do with the lingering effects of the trip but for the next three days, I didn’t have any cluster headaches. Three days may sound insignificant, but it was profound for me to even go one day without experiencing that kind of debilitating pain. Five days after the first dose, I dosed again. Five days after that, I took one more large dose, which is the procedure laid out by Bob Wold on the clusterbusters.org website. After three doses administered in this time frame, I was pain-free. Since that time four years ago, I’ve self-administered mushrooms in the “cluster-buster” fashion every few months and found lasting remission. My life is so much better now. In recent years, there have been clinical studies at Yale University regarding psilocybin and cluster headaches. In Switzerland, the efficacy of LSD for treating cluster headaches has also been researched.

The cluster buster approach is a preventative treatment. In the jargon of the disease, a “cluster” refers to the period a person is getting hit with multiple headaches a day. Typically, sufferers of episodic cluster headaches oscillate between these cluster periods and brief periods of remission. Taking psilocybin mushrooms can pull someone out of a cluster or prevent a cluster from happening entirely. A high percentage of other cluster headache sufferers have reported long-lasting remission.

In 2018, I attended the annual Clusterbusters.org Patient Conference held in Denver. I had never met another person with cluster headaches before. Just getting to see another person who had suffered like I had meant a lot to me. It was inspiring. I even got to hear Dan Ervin, whom I’d seen on that episode of Drugs Inc., speak in person. Under the shadow of this debilitating disease, we had gathered to celebrate the hope that we could figure out how to get past it together–the hope that “suicide” headaches did not have to end in suicide. 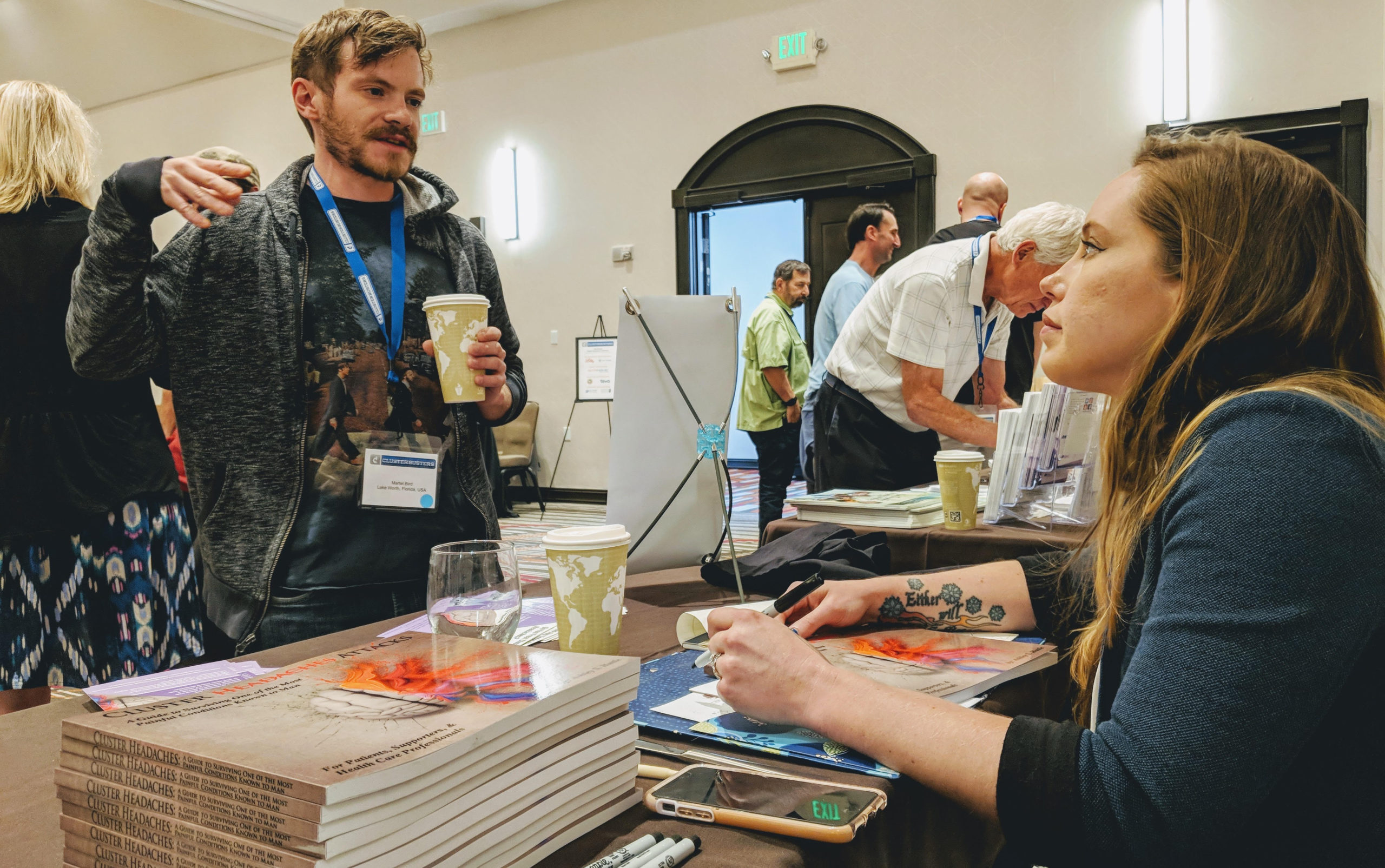