I twisted the glass bulb filled with DMT crystals back and forth until a trickle of vapor appeared. I inhaled slowly, taking a small hit.

I held it in for about three seconds before exhaling and going in for the next one. Halfway into it, I pushed the pipe away and realized that the experience coming was huge. I did not want to go any further. I handed the pipe off and laid back, paying close attention to the music and how it was changing. It became wider by the second, growing to the point of being completely unrecognizable at the 30-second mark. It was too intense. I ripped my headphones off. The DMT man said, “You lost your listening device.”

I laid back down and shut my eyes and watched as mandalas of purple and pink pulsed through a green geometry. I knew I was in it. I opened my eyes to a ceiling that appeared 20 feet tall and overlaid with a stained glass mosaic pattern. The whole room seemed to be stretched out. The walls were pushed out, the ceiling seemed higher, and as I looked to my right at the DMT man, he looked like he was sitting far away. The vibe was ethereal and fluid,

I laid back down and shut my eyes and watched as mandalas of purple and pink pulsed through a green geometry.

changing with the overhead lights to hues of purple and crimson to yellow and green. I did not feel like I was in Ryan’s bedroom anymore, but instead in an otherworldly perception of space. The intensity was growing, too, and the room continued to grow larger and larger.

I shut my eyes again, and I saw the earth sitting in space. Then I began to think that I was leaving earth, and I was scared. I had so much to live for here, especially my love. I realized that I was blasting off, though, and then I had some clarity. I, Christian, am together here with my love on earth, but I am leaving. This did not mean that I had lost my love, but that I was going to a different space. I would return, but now it was time to go. 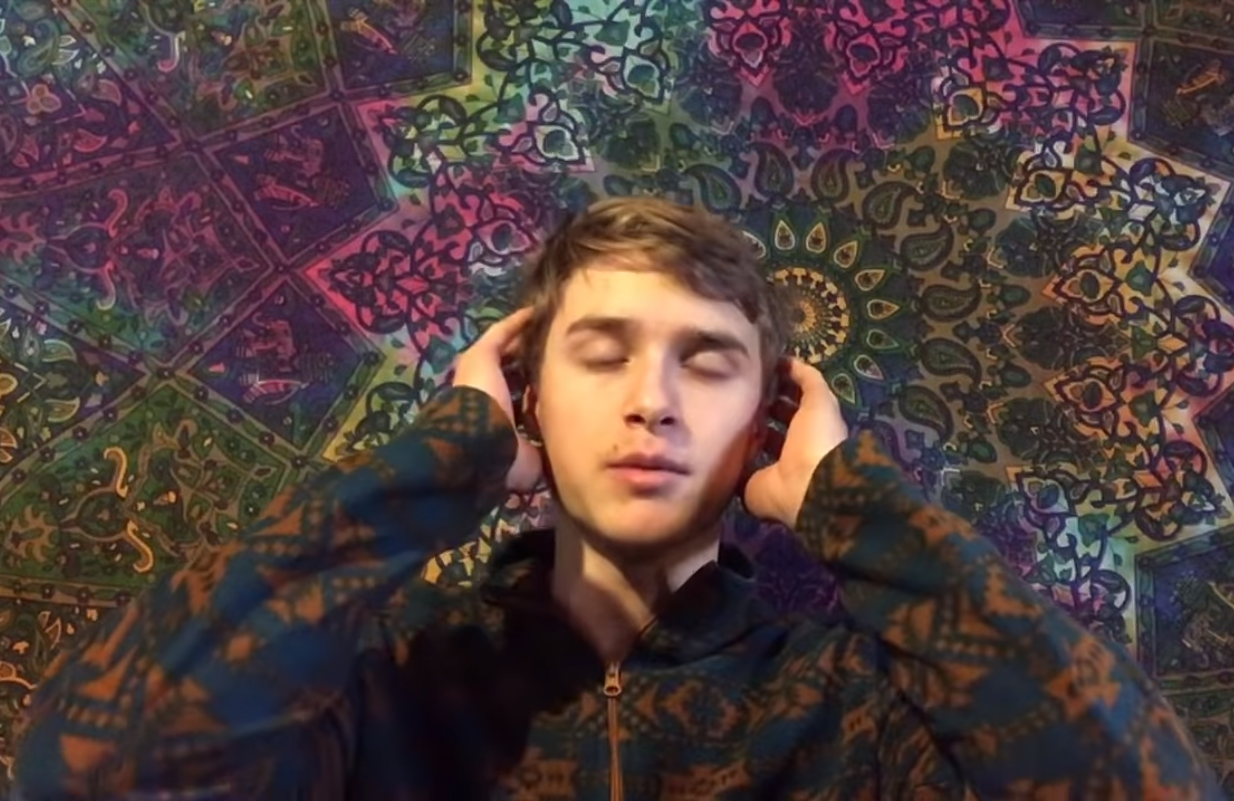 Though this realization reassured me, I was still afraid, and chose to fight leaving. I knew I had not smoked so much DMT that my blast-off was inevitable, so I tried to stay grounded. I decided that I would stay here in this reality and that now was not the time to leave. I could see the bridge to the other side, and though resisting it was frightening, being in limbo proved to be incredibly enlightening in terms of my ability to perceive the connections between both realities. I was witnessing the disintegration of my world and the unveiling of the next while not being fully immersed in either. I clung to the threads of reality while being barraged with mountains of divine understanding and information that inspired awe. I was only experiencing a glimpse of this, but I sat absolutely astounded at the power and vastness of what was before me.

I knew that part of my resistance was related to my environment, and I ran through how I had got to where I was many times. The drive, this house, the people—all building up to what felt like a launch in which I was the spaceship. It seemed un-poetic, like I should have savored all those moments leading up to this extra-human experience, but now I was in it. I could not help the small distrust I felt of the people around me, but that came more from an

They were explorers of consciousness, having been to the place I was in and fully aware of the day-to-day illusory reality.

unknowing than any actual suspicion. All of these guys were spirits. They were explorers of consciousness, having been to the place I was in and fully aware of the day-to-day illusory reality. I felt a great sense of comradery because they knew what the DMT realm was like. They knew the ineffability I was experiencing, and were as much in awe of it as I was.

I was vulnerable but in good company. Even though I did not know the full story of these guys, I shared my emotions and let myself be open with these people I barely knew. I felt like I was connecting with them on a spiritual plane, and using words as a way to confirm our shared understanding. Though I did not expect to undergo such an experience with them, I was deeply grateful that they were there with me. I saw each of them in an unfiltered state, not affected by cultural norms or personal boundaries, but as pure beings of love. I told them I loved them, and they all said they loved me too, and at that moment, I became more open to sharing my feelings with people entirely.

Related: Excerpt from the Patterns of Existence 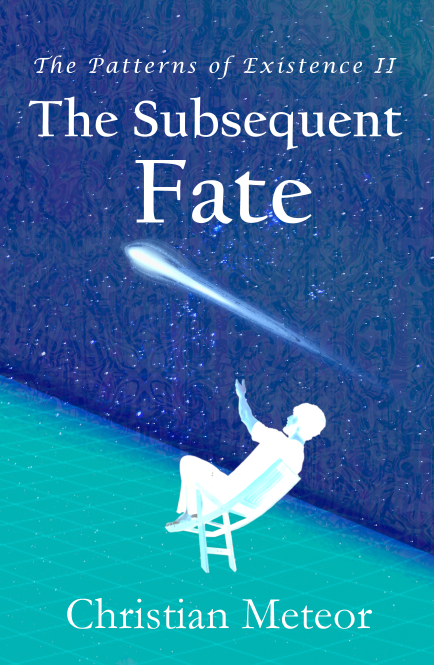 It had only been a liminal glimpse; some kind of boundary state where the environment was not yet wholly alien. Watching the room transform from small and simple to massive and complex in a matter of seconds was convincingly significant. Why should things in “reality” have absolutely any properties in hyperspace? I could be persuaded into believing that the psychedelic experience is exclusively otherworldly (and arguably insignificant) if it lacked these dimensional links, but the feeling of a dissolving lens and expanding perception is far too compelling. They are, without a doubt, vectors of celestial consciousness that reveal a much greater happening that we are in.

This permanently convinced me that I had experienced a form of consciousness before life, and would continue to do so after.

By the end of this DMT trip, the only thing that I was more sure of was the existence of an extremely complex happening outside of my perception. This permanently convinced me that I had experienced a form of consciousness before life, and would continue to do so after. The return to society was shell-shocking, but the vastness of the ethereal realm seemed to encourage me to comprehend the already complex reality that I was in, and use my new awareness to do so. That feeling was, though fulfilling, alienating. Society’s perception of psychedelic users was atrocious, and I experienced this starkly when I met the DMT man later. He was smoking a cigarette, and appeared worn from the outside, yet was in touch with the heavens and spiritually adept. He was a drug dealer, but also a kind-hearted guide who had helped me through an intense trip. The case was the same for the others—Ryan was a convicted felon who had robbed a pharmacy at gunpoint, and the cowboy hat guy was a severe alcoholic, yet I found connection and love with all of them.

Excerpt from Chapter 10 of “The Patterns of Existence II: The Subsequent Fate” by Christian Meteor